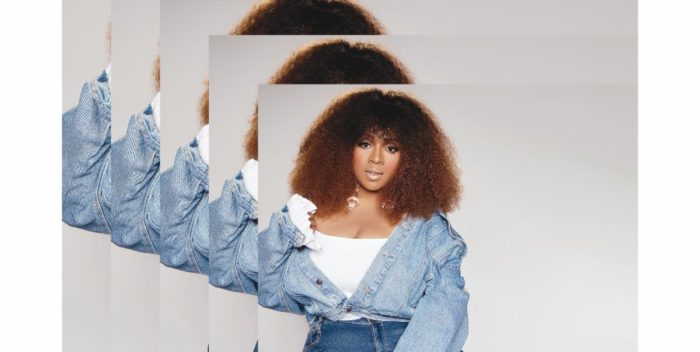 From the album artwork to the clothes to the hair to the songs, everything is BIG BIG BIG, which happens to be one of the amazing cuts on Kierra Sheard’s self-titled ninth album.

Straight off the heels of her award winning performance, portraying her mother in the critically acclaimed Lifetime biopic, The Clark Sisters: The First Ladies of Gospel, Kierra Sheard releases her ninth album simply titled, Kierra.

The album starts with the Hip Hop tinged first single Don’t Judge Me (feat. Missy Elliott) and from there is becomes a LIVE/Studio experience second to none. Always Win is a proclamation that is surely needed during this time of the COVID-19 pandemic, as she belts out to Anxiety and Suicide that “I always win”!

The production on the song Better is reminiscent of DJ Premier if you’re familiar with the award winning producer who crafted hits for the likes of Jay Z, Biggie and NAS. KiKi even tried her hand at rapping.

Paying homage to her fellow Leaders of the New School, Kierra collaborated with Todd Dulaney on the song Follow, Tasha Cobbs- Leonard on Something Has to Break and Le’Andria Johnson on the Clark Sisters classic, My Redeemer.

Paying homage to that 90’s sound courtesy of super producer and songwriter Harmony “H Money” Samuels (Brandy, Mary J. Blige, J-Lo, Ariana Grande), Kierra is in her element on the songs: Human, Grateful, Beautiful and The Things You Do. But it’s on the D’Angelo, Brown Sugar inspired I Choose You where she rounds off said 90’s vibe that happens to be very prominent in R&B and Hip Hop right now. Moreover, the song So Into You, featuring a Stellar performance from nephew Jacob Sheard, is proof that the music will still go on long after Kierra stops singing.

Overall, this is Kierra’s most versatile album to date. The fusion between studio and live tracks makes it that much more advanced than other projects that offer half live, half studio concurrently. With majority of the writing and production executed by Kierra and her brother J. Drew Sheard, Kierra’s self titled release proves that the two are still a match made in Heaven.

Kierra Sheard has done it again!