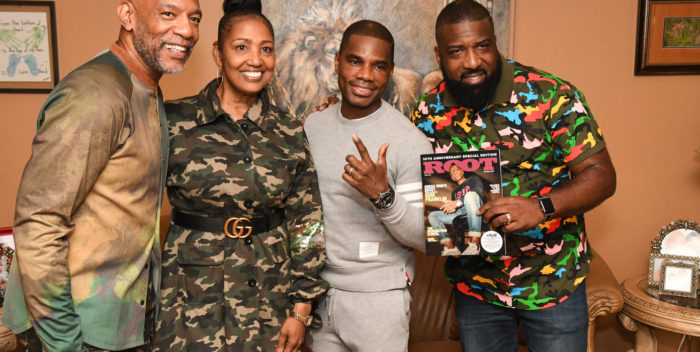 Last Friday (May 31, 2019), one of Gospel Music’s most important figures, Kirk Franklin, released his 13th album to the world, entitled: Long Live Love. The very next day, I had the chance to sit down and talk to him about his latest offering at the Abundant Life Family Worship Church in New Brunswick, New Jersey under the leadership of Bishop George and Pastor Mary Searight.

Kirk’s latest single, Love Theory is currently the #1 Gospel song in the country and his album is sure to be #1 on Billboard this week. The conversation was candid, humorous and vulnerable, as we discussed everything from staying relevant in music to his insecurities of not having his biological parents in his life. But man is this guy engaging! He allowed the audience of well over 400 people to ask him anything and he had an answer for everything that was asked, good bad or indifferent. Thereafter, he took pictures and signed CD’s for every single person who attended, and let’s face it, at this point in his career, this is something that he doesn’t have to do, however, he loves God’s people and the culture of Gospel music like no other.

Now on to Long Live Love

Kirk: “Give me your honest opinion about the album, not that industry stuff.”

The thing about Kirk Franklin is he’s been giving us classic material for 26 years, and aside from the 1NC album (sorry Kirk), he hasn’t missed and at this point he’s essentially competing against himself. To put it all into perspective, I recently created a Best of Kirk Franklin on my Apple Music account (check me out on there under Hasan James), and it is 50 songs and over 4.5 hours long and they were all hits!

Everyone has their favorite Kirk Franklin album and Hero is like my Thriller. But with Long Live Love, the writing is on another level man. Our brother, nephew and cousin Kirk, continues to prove to us just how prolific of a songwriter he is with songs like Idols, Just For Me, F.A.V.O.R. and OK.

The fact that there is not one single feature on the album, further proves that all it takes to make an epic album is poignant lyrics, dynamic singers, a heartfelt message and a fearless narrator to round off an amazing body of work. Long Live Love.