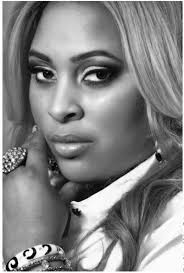 TaMyya J Announces the Releases of Her single “Number One”

This single cut from the “Love For Your Name CD & DVD project is TaMyya J’s new inspirational and motivational single. Number One is a truly feel good track combining elements of Dance, Gospel, and soul. TaMyya J displays a true faith and devotion with a musical range and talent needed to connect with a wide audience. An outstanding vocal performance accompanies the joyous track which firmly cements TaMyya J’s position and faith in music. Furthermore, it has every element to become a hit. With incredible music, detailed vocals, and unique arrangement, this single has the capacity to impact anyone.

Singing in church became a regular part of her life at an early age. It was in 1998 when TaMyya Jwas introduced to the professional music industry which would solidify her career choice and inspire a dream. She along with four other teens, collectively known as Praise, won the 1st place prize in the Youth Division of McDonald’s Gospelfest at Madison Square Garden in NYC. Since that time, she has ministered in song at events throughout the world and has built a well-rounded career in entertainment over the past decade. Her critically acclaimed independent album in 2005 entitled SUDDENLY even earned her a nomination for the Gospel Music Channel’s, Pop Video of the Year Award. Her first single release “More Than You’ll Ever Know” reached the number one position at radio stations across the country, as well as number one on internet radio stations. The fifth song from her album entitled The Reason was selected for inclusion on the compilation CD, Gospel Skate Jams, Vol. 2, which was nominated for a 2008 Stellar Award for Best Hip Hop CD of the Year! For three consecutive years, 2005, 2006 and 2007, TaMyya was selected by Fashion Fair Cosmetics, a division of Johnson & Johnson Publishing Company, (publishers of EBONY and JET magazines) to kick-off their spring cosmetic campaign by offering three songs from her album as a gift to their valued customers by appearing and performing at major departments stores across the country. In 2007 she performed in the hit stage play Who Do You Love, starring Erica Campbell of the “Get Up Mornings with Erica”. In addition, TaMyya spent six years traveling as the soprano background vocalist for mega gospel duo Mary Mary which was just a part of her journey. “I was singing before I could talk and I can’t imagine my life without music. I believe that anointed music is what pleases God and pleasing Him is my desire, He’s Number One” says TaMyya. When TaMyya J released her first single “GOD’s Got My Back”, she received rave reviews and great support from radio across the country. It was the number one most added song to radio only four weeks after its release, and peaked the MediaBase & Billboard National Airplay, Charting top 30.

In April 2019, TaMyya J teamed up with Power of Worship Radio and radio station 98.1 I.S.S.A.C. The Promise on a ministry trip to Trinidad, Port of Spain, where she delivered gift bags to kids in orphanages; ministered to prisoners, and performed in live concert.