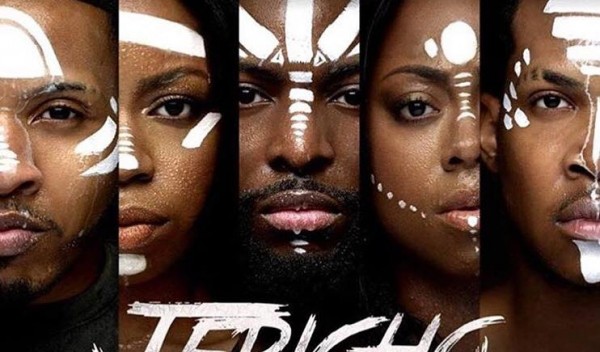 The wait is finally over! Bronx, New York natives, Livré, have managed to ride the Gospel music wave for over eight years with a few singles and a die hard audience of enthusiasts who not only love their amazing style but their amazing voices to match. Through a few administrative and group changes, this now five member group has already collaborated with 15 time Grammy Award winner Alicia Keys on the song How Does It Feel to Fly.

To say that their debut was worth the wait is an understatement! Jericho: Tribe of Joshua is a youthful, yet progressive body of work that will impact the lives of many, with it rich production and awe inspiring lyrics. The second single Jericho is a suitable precursor to the full length project, as the lyrics “All praise and glory be to El Shaddai the almighty God who by faith gave us power and authority,” lead by a miraculous sample of Gospel’s greatest singer Mahalia Jackson, proved that they can not only sing, but make a solid record. Everything’s Coming Up Jesus is classic Livré, as the title and the content is relatable to their youthful demographic. The Jericho Remix on the album featuring A$AP Ferg further solidified their street credibility and boldness to step outside of the walls of the Gospel music box. Watch Me featuring Mali Music is a feel good song that has instant crossover appeal, while Me To You (feat. Jason Nelson) and Believe get right to the matters of the heart. It is however on the song Perception (featuring Miles Caton) where Livré shines most bright! Don’t we all need someone to love us when we fall? Don’t we all need his son to save us from it all? I thought so.

Although it has been eight years since Livré hit the scene, they’ve remained relevant in a time where artists are only as good as their last hit. But that is what good talent and a fresh anointing will do, sustain you. With a good portion of the writing done by members of the group, Malik, Kenny, Richard, Ajanee and Ariel are a force to be reckoned with on the Gospel music scene and with almost a decade under their belt, they’ve only just begun.