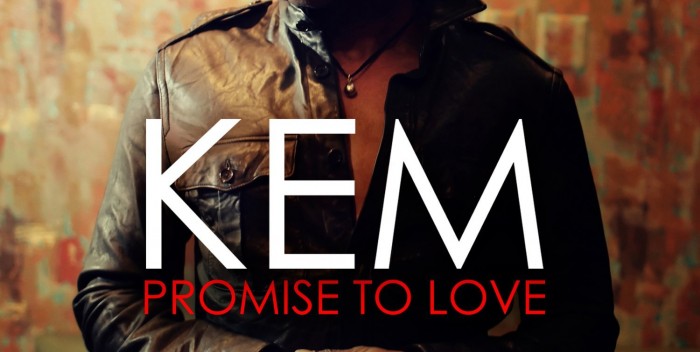 Kicks Off Second Run on May 28th in Dallas

Three-time GRAMMY®-nominated artist KEM, whose latest single, “Nobody,” was the #1 UAC song in the country for nine consecutive weeks and has been in the Top 10 for 36 weeks total, heads back out on the road with the legendary Charlie Wilson and Joe Thomas for the Forever Charlie Tour on May 28th. This is the second leg of the tour, whose first run was a #1 Hot Tour of Winter 2015 according to Billboard. Kicking off in Dallas, TX, the 16-city tour will make stops in other major U.S. cities including St. Louis, Philadelphia, Milwaukee, Miami and at the Detroit-area DTE Energy Music Theater.

The past year has been a banner one for KEM with the release of his fourth studio album on the Motown label, Promise to Love, debuted at #1 on Billboard’s R&B Albums chart and at #3 on the Top 200 Albums chart. The CD has been in the Top 20 on Billboard’s R&B Albums for 37 weeks. He’s also garnered two #1 singles, “It’s You,” and the GRAMMY®-nominated “Nobody.” Additionally, KEM was one of the Top 5 Adult R&B Artists of 2014 according to Billboard.

KEM will have a notable summer, with the Forever Charlie Tour and performances at: the Hampton Jazz Festival in Hampton, VA on June 27; 2015 Essence Festival in New Orleans, LA on Friday, July 3; the Macy’s Music Festival on July 25 and the Oakland Jazz Festival on August 1.

On top of everything he’s achieved professionally, KEM will celebrate 25 years of being clean and sober on July 23, 2015, which also happens to be his birthday. This makes everything that he’s been able to accomplish as an artist even more meaningful. KEM says, “25 years of sobriety is definitely an accomplishment, but at the same time I’m not ashamed of my addictions. My whole foundation and career have been built upon the things that I’ve been allowed to overcome in my life.”

In 2001, KEM independently released his first CD, KEMISTRY, on his Kemistry Records label, selling nearly 15,000 units, after which, he was signed by Universal Motown. Motown re-released KEMISTRY in 2002, released KEM ALBUM II in May 2005 and INTIMACY in August 2010, which debuted at #2 on Billboard’s Top 200 Albums list and was certified Gold in March 2012.KEM’s first three studio albums on the Motown label garnered him national critical and commercial acclaim, including two GRAMMY® nominations, a Soul Train award nomination and a BET Centric Award nomination. Kemistry, Album II, and Intimacy have each been certified RIAA gold, and worldwide sales are in excess of 2.5 million copies. KEM’s Christmas album, WHAT CHRISTMAS MEANS, was released on October 16, 2012. After the holiday season, the album had sold 76,000 copies, making it the #3 highest-selling Urban Christmas record in one season. KEM re-released his WHAT CHRISTMAS MEANS DELUXE project in October 2013, which included four bonus tracks. In December 2013, KEM presented the ‘KEM & Friends: What Christmas Means Holiday Tour,’ a holiday-themed concert with a storyline narrated by actor/comedian Anthony Anderson and featuring KEM & his R&B friends Patti LaBelle, Ronald Isley and Avery Sunshine. KEM’s fourth studio album, PROMISE TO LOVE, was released on the Motown label on August 25, 2014 and debuted at #1 on Billboard’s R&B Albums chart and at #3 on Billboard’s Top 200 Albums chart.