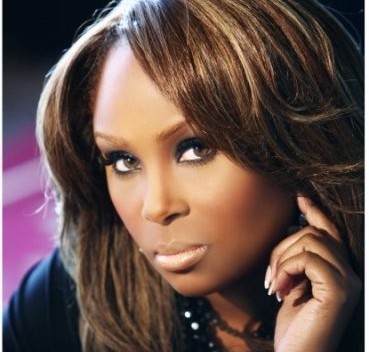 The Malaco Music group is proud to announce the signing of Alexis Allen
professionally known as “Lexi.”

Singing in her grandfather’s church since she was old enough to hold a
microphone, Lexi has always understood that singing praises to God was what
she was born to do.

Lexi’s heart for singing led her to land a small stint as a background
vocalist for the late Gerald LeVert, Fred Hammond, and Vanessa Bell
Armstrong, before realizing her own destiny to have a musical ministry of
her own.

Lexi met and married Michael Allen, a music producer, who helped develop her
writing and vocal skills to create her own unique sound. This joint effort
brought three national recording projects to date on boxing champion Evander
Holyfield’s Real Deal record label making them the first gospel music act to
sign to label. Her most critically acclaimed project, “A Praise in The
Valley,” garnered her a Stellar Award nomination.

Lexi’s world changed with Michael’s untimely death. Having their son, Lexi
was, without her husband, without focus, without direction, but she wasn’t
without God.

In early 2006 an opportunity presented itself in which Lexi became the
“face” of the television channel, The Word Network. The birth of the “The
Lexi Show”, a one on one style talk show, became Lexi’s new endeavor. The
Lexi Show proved to be a groundbreaking success for the network. Some of
Black Hollywood’s elite and gospel music A-List artists have shared intimate
conversation with Lexi on screen. Lexi has been featured on the BET shows,

“Lift Every Voice”, and co-hosted “Bobby Jones Gospel”, which now runs in
syndication on the BET Networks. Currently, she can be heard reporting the
latest news on Radio One’s syndicated program “The Yolanda Adams Morning
Show” every week.

D.A. Johnson, Executive Director – Gospel Division for the Malaco Music
Group states,  “I’ve witnessed Lexi”s music ministry from afar, during her
early recording years. Since that time, she has overcome tremendous personal
adversity and her maturation as an artists, a woman of God, a radio
correspondent and television personality is just nothing short of amazing.
It is a privilege to have the opportunity to present her music to the world.
Fans of her television show will be pleasantly surprised when they are
finally introduced to her music. I’m excited to see what God is going to do
in this season of her life”

Lexi says, “I am humbled to be a family member of the iconic recording label
Malaco Records. I am honored to have the opportunity of continuing in the
legacy of great singers, musicians and music.”

The fifth season of the Lexi Show currently airs every Saturday at noon
(EST)  on The Word Network.