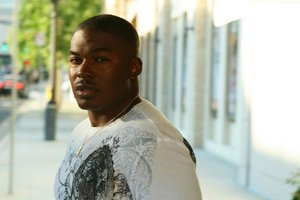 Game Day with Chaz Shepherd, “Trey Wiggs” of “The Game” 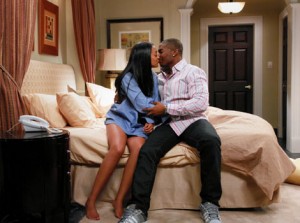 You may know him, as “Trey Wiggs” from BET’s hit show “The Game” but Chaz Shepherd is far more than a one hit wonder. Chaz has been in the business for 20 years and has a long resume of film and television shows to his credit. He has graced the Silver screen on movies like “Set It Off”, playing Jada Pinkett’s little brother who eventually was killed for mistaking identity. Add that to the list of television shows like “Sister, Sister”, “The Parkers”, “The Steve Harvey Show”, “Seventh Heaven”, “Moesha”, “The Temptations” and so many other sitcoms, and you have a success story of an actor he has paid his dues and stayed consistent.

What can we expect from “Trey Wiggs” this season and beyond? Oh and by the way, did you know that the brother is saved and living for Jesus? Yep, there are people in Hollywood doing it for Jesus, contrary to what you may hear! Get ROOTED now..

Root: How did you get into acting?

Chaz: By going to a public audition when I was 12 for a Disney movie. The casting director didn’t think that I would get the part but she thought I was very talented and should be in this business. She set me up with an agent in New York and my mom and I took the train from Philadelphia to New York and the agent started sending me on auditions and I was booking the roles for the most part and we just kept going from there.

Root: Prior to that, did you have the acting bug?

Chaz: I was more into music. However, I had a great memory from rehearsing with my mother’s dance company, which was Philadelphia’s first young people’s dance company. I actually emceed one of their recitals when I was six years old but I was talented when it came to music. A friend of my mother’s told my mom to take myself and a friend of mine named James Lane to a cattle call (casting call). The funny thing about that is James Lane is now a big Broadway star and so years later I moved on to television and film and he is the Broadway guy and we actually just reacquainted after 13 years.

Root: Tell us a bit about this fifth season of The Game. Is Trey Wiggs coming back?

Chaz: Trey Wiggs starts off back, I will tell you that! The first couple of episodes give you a little juice and you know Trey Wiggs never just pops in to say hello.  I hope to be on there more often than before because the character was done so well and people love the character and I actually didn’t expect that. It is going to be a bit of a shocker and the following episodes will pick up where the last one left off.

Root: Are you cool and do you hang out with any of the actors on the show like Coby Bell, Hosea Chanchez or Pooch Hall?

Chaz: I actually never hung out with any of the actors I ever worked with.

Chaz: Except for Brandy. When I did Moesha years ago, we became really good friends. As I am thinking, outside of her, I have not really hung out with anybody from any show I have done, from Seventh Heaven to The Parkers. I did become friends with two extras from The Steve Harvey Show and also with a young man by the name of Merlin Santana who died a few years back. Wendy Racquel Robinson and I did four shows together. We did “Me and The Boys”, “Minor Adjustments”, “The Steve Harvey Show” and now “The Game”.

Root: I think that is what’s so interesting about you, even as you are running down your resume, there are certain things I forgot that you did. You’ve had a pretty good run.

Chaz: Yes I’ve had a great run and looking back it does look like a really good run. The other side is knowing the dry spots and the inconsistencies as well. What happens in this business is when it’s happening, it’s happening like it never stops but when it stops, it stops like it never happened.

Root: I get it! We see one thing but once that is over, it can take a year before you book another job.

Chaz: The cool thing is that all of my work has been quality and admirable work, so it keeps playing even when I am not working and keeps me familiar among a certain audience.

Root: How about syndication, are you living off of that as well?

Chaz: Yes that’s the good thing. Residuals do come and I just recently received an unexpected blessing. Right now I am not on a consistent acting job, so this will help out big time and help me in other areas as I continue to pursue going to another level in acting, music and community development.

Root: Now that we are on the topic, you hear a lot of A listeners actors and actresses in Hollywood who we think we get more consistent roles and find it quite hard to be Black in Hollywood. Do you find that to be the case?

Chaz: I think it’s definitely challenging. In Hollywood it’s just as challenging to be black in any profession in America. America is set up by Europeans and has a European preference so normally when something is afforded us its because for the most part its specifically for us. Not only do we have to work harder than anyone else, there is also less opportunity for us as well. It is like that in acting and music as well and unfortunately we have not gotten to the place where it is an even playing field. There are less quality roles period for us, however, there were more roles when I was doing most of the shows that are on my resume. At one point I went from one show to the other, from Seventh Heaven to The Parkers to Minor Adjustments. All of the shows were on at the same time. The funny thing was I was considered the token black on Seventh Heaven and I was actually spoofed on Mad TV as such, so you know you are doing something when Mad TV spoofs you. (Laughter)

Root: A lot of people probably don’t know that you are a church boy. Did you grow up in church?

Chaz: Yes I did. I grew up in church by choice. I don’t have the story of being forced to go to church as a child. Church is a very personal and exciting for me. By the time I was 12 years old, I went to my own church and my mother went to her own church. I actually played the drums at Rising Sun Baptist Church in Philadelphia. My dad grew up in old school Pentecostal church where there was church throughout the week and he introduced me to charismatic side. I moved to Japan for a year in 2005 and while I was there I couldn’t really attend church but when I returned back to the states, I began to study the word more and that is when I began to learn a more charismatic style of praising God. I then started going to West Angeles C.O.G.I.C. and I was apart of the music department and I felt right at home.

Root: Are there any roles you ever turned down because of your faith?

Chaz: There are opportunities that I turned down. There are auditions that I will not even go for because it compromised my faith. My agents know that when it comes to me that I am not going to do anything with profanity or anything with gangster overtones. My purpose was to never become famous but to be effective. If I was doing this for fame, I would definitely be farther than I am now but that is not what I am after.

Root: I interview a lot of musicians and such and I always like to know who influenced them. From an acting standpoint, who do you look to for inspiration?

Chaz: I don’t necessarily look to anyone for inspiration but I look at certain performances as talented and amazing. My favorite actor is Leonardo Dicaprio. I think he is the most consistent actor and he has a gift. With most professions there is a skill involved but some people like T.D. Jakes just have a gift for what they do. Danny Glover is another favorite of mine. Oprah Winfrey and Diana Ross are two of my favorite actresses as well. Forest Whitaker, Denzel Washington and Whoopi Goldberg are all phenomenal!

Root: Another thing people may be surprised that you can really sing and that you have an album out as well. Steve Harvey can be credited for breaking your song “Chemical Attraction”, which was a very good song. Is music another passion of yours?

Chaz: Music is the initial passion. Acting came by way of people being able to see the gift in me. Music is the essence of who I am; it is my heart and soul. I do music conscious and unconscious so in 2010, I released the “Love and Truth album, which is a Soul/R&B album that basically talks about life. Romance is celebrated on there, not sex. The album has made ITunes Top Ten Independent Albums of the year and of course Steve Harvey has been a huge blessing there, it has also garnered 10,000 spins, so my team and I are brainstorming on how we can take this to the next level. I also co-arranged a song entitled “Lord Prepare Me” and it has become one of West Angeles’ biggest songs so that is a blessing. One night on KGLH they played “Lord Prepare Me” and directly after they started the next segment with “By My Side” which is a song off my album. When it comes to gospel music, I grew up listening to nothing but gospel. James Moore, Take 6 and Hezekiah Walker, I actually grew up on and when I am on the east coast I always attend Love Fellowship. I actually brought a friend of mine with me to Watch night service there and she said that it was crazy for her to be under the sound of his voice because his songs got her through college. Marvin Winans is my Donny Hathaway of gospel music. Marvin Winans is one of my favorite singers of all time! I just love music. I may listen to J. Dilla one minute and then change it to my “Shout” playlist with James Hall, Hez and all of those guys.

Root: Wow. Thank you for taking time out of your schedule to talk to us. We look forward to seeing you on “The Game” this season.

Chaz: Thank you for the opportunity.