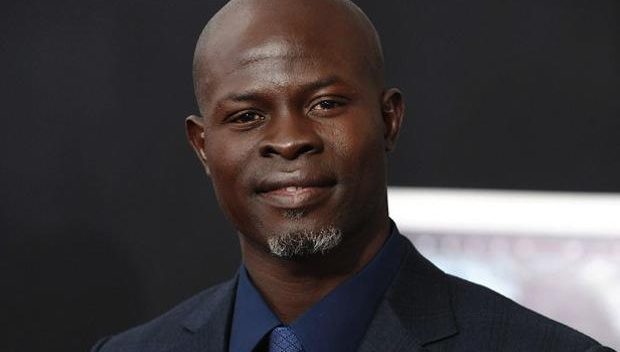 Actor Djimon Hounsou is like a chameleon who can adapt to any role. From playing the role of an enslaved fisherman caught in the crossfire of civil war in Sierra Leone in “Blood Diamond” to an intergalactic hunter in “Guardians of the Galaxy,” Hounsou’s latest role in “Same Kind of Different As Me” is personal and profound.

A true story based on the New York Times best-selling book, “Same Kind of Different As Me,” the film is about homelessness, infidelity, and the transformative power of love, forgiveness, and healing. Ron Hall and Debbie, played by Greg Kinnear and Renée Zellweger, volunteer at a homeless shelter where they befriend Denver Moore (Hounsou), a homeless man who lives outdoors near the shelter. Denver becomes the center of a friendship that unearths love and trust, and brings significant meaning and purpose to all of their lives.

Though the story of Denver Moore initially seemed far-fetched to Hounsou, the story of homelessness was already familiar. Hounsou said he was once “living in the streets” as a youth in France, and has a unique perspective about that time in his life.

“My life in France was one that I refused the idea that I was homeless,” he noted. “I rejected that [idea], I didn’t see myself like that. I didn’t search for [shelters] or facilities that would better the life of homelessness [for me]. For the year I lived like that [in the streets], it was an accident, it was not a life awaiting me.”

“Same Kind of Different As Me” features a notable cast, including Academy Award-nominee Kinnear, Academy Award winners Zellweger and Jon Voight, and newcomers Olivia Holt and Austin Filson. The Paramount Pictures and Pure Flix movie is directed by Michael Carney, who is making his directorial debut; and written by Ron Hall, Alexander Foard and Carney.

Hounsou said that he didn’t land the role, the role landed him, and that it’s a blessing to work with some of the top names in Hollywood.

“One afternoon, I received a phone call to come and meet the author and screenwriter Ron Hall at the SoHo House in Los Angeles,” he said. “I was instructed to rush there before his scheduled flight departure, but eventually Ron changed his flight to stay over and try to convince me to accept the role.”

The actor added that once he sat with Hall and the script he understood the character. “The story completely touched me,” Hounsou continued. “The character was so powerful and strong. He [Denver Moore] had this deep-rooted anger towards society. It was very intimidating for me to get my head around [the character]. As [Ron] continued to tell me the premise of the story, I realized that this guy truly existed; and it was a real person he was asking me to portray. I was teary-eyed the whole time, and I couldn’t say no because this story moved me in a deep way.”

“The one thing that drew me to this film is the story overall, but also the character of Denver,” said Hounsou, who earned his first Oscar nomination as Best Supporting Actor for his portrayal of an African immigrant in New York in the 2004 film “In America”. “As we say in French, ‘Les vêtements ne font pas la personne,’ in English translation, ‘The clothes don’t make the person,’ and it doesn’t tell you all about the person.”

One of the most challenging aspects of the role for Hounsou, who was born in the West African country of Benin, was the dialect. “My native language is French,” he said. “I came to this country not speaking English. I came to America trying to process English. In French, we sometimes say the verb before we say the noun. In America, you can’t say the verb before you say the noun. So when I’m translating things in my head from French to English, it is difficult at times. It was quite interesting, and Denver had an awkward way of speaking in that fashion. He was an African-American Southern, who wasn’t cultivated. He also wore the emotional scars that he experienced, and he wore his anger like a bulletproof vest.”

Many years later, after success as a model and actor, Hounsou was able to further his commitment to issues surrounding homelessness by serving as an Ambassador of Oxfam, an international confederation of charitable organizations with a global mission to alleviate poverty. More than ten years ago, he testified before the U.S. Senate on behalf of the Runaway and Homeless Youth Act.

Hounsou—who earned a second Best Supporting Actor nomination for 2006’s “Blood Diamond”—has recently completed filming the thriller “Serenity” with Matthew McConaughey. He is also producing a series of projects through his production company, Fanaticus Entertainment, including a documentary about the early religions of Africa, before the slave trade. He is also co-directing a film about female soldiers based on Grace Akallo’s book and story with Faith McDonnell, “Girl Soldier: A Story of Hope for Northern Uganda’s Children.”

One of the most powerful lines in the movie is when Denver says, “We are all homeless, just working our way home.” Those words reflect a different meaning for each person who sees the movie, Hounson explained.

“Same Kind of Different As Me” is in theaters now.