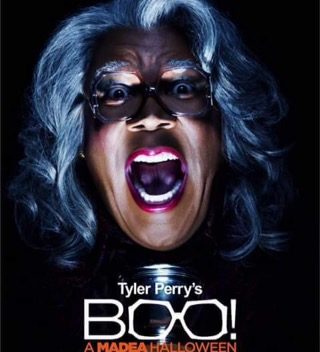 (Philadelphia, PA)- Tyler Perry is one of the most influential tycoons of our time; his work establishes him as a timeless multi-faceted figure in the history of the American entertainment industry. On Monday, October 3rd, he presented to a small group of over 150 attendees at the Prince Music Theater in Philadelphia his most esteemed character, Madea, in an unconventional performance connecting her no non-sense attitude with ghouls, goblins and ghost fitting for this time of the year in “BOO! A MADEA HALLOWEEN.” Arriving to the red carpet, Tyler Perry assures us that this movie connecting Madea to the spooky atmosphere of Halloween is without a question “NOT A SCARY MOVIE.”

“It’s not really scary. It’s just tremendously funny. I’m not a fan of witches and goblins and demons and that kind of things, so I had to find a way to combine what I believe and my faith to tell this kind of story” said Tyler Perry 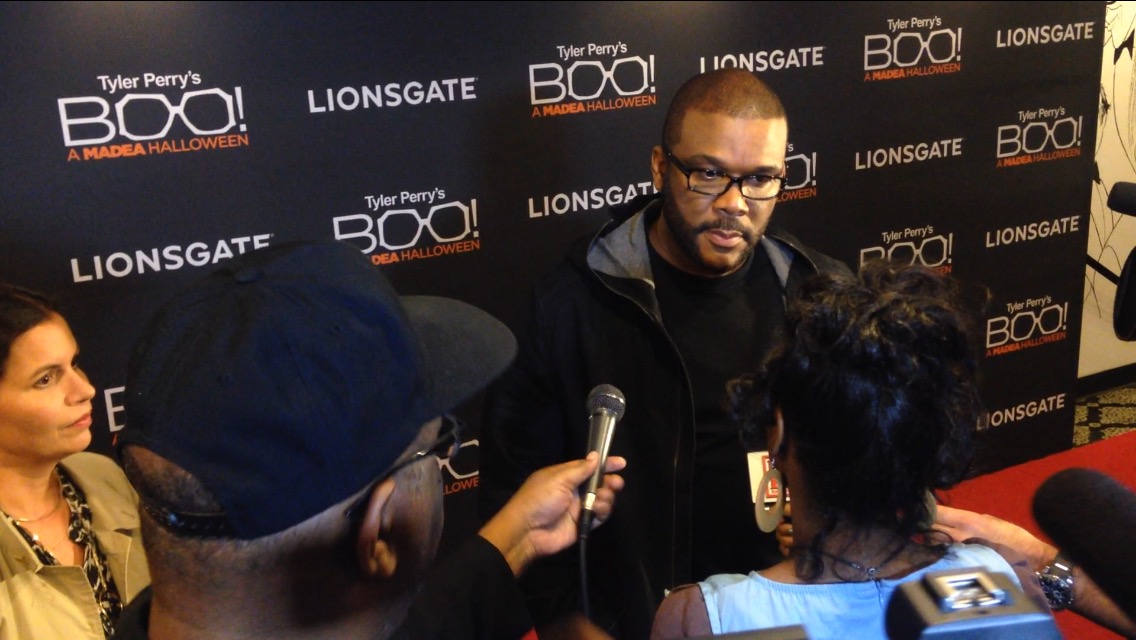 Watching the movie, I sat in tremendous amounts of anticipation knowing that I would witness a clean piece of cinema work. However, from the very beginning of the first scene I was in agonizing pain from the amounts of laughter that consumed my body. With much respect to Tyler Perry’s previous works with showcasing “Madea” character, “BOO! A MADEA HALLOWEEN” is by far his best work. From the opening of the movie until the very end, there was a consistent flow of excitement coupled with suspense and overwhelming amounts of laughter. This comedic cinema masterpiece is one that should be viewed by everyone and will never be forgotten. Tyler Perry leaves the advice to “never give up” to those pursuing their own empire. “If you quit, then you probably really don’t deserve it”
“BOO! A MADEA HALLOWEEN” opens in theaters on October 21st 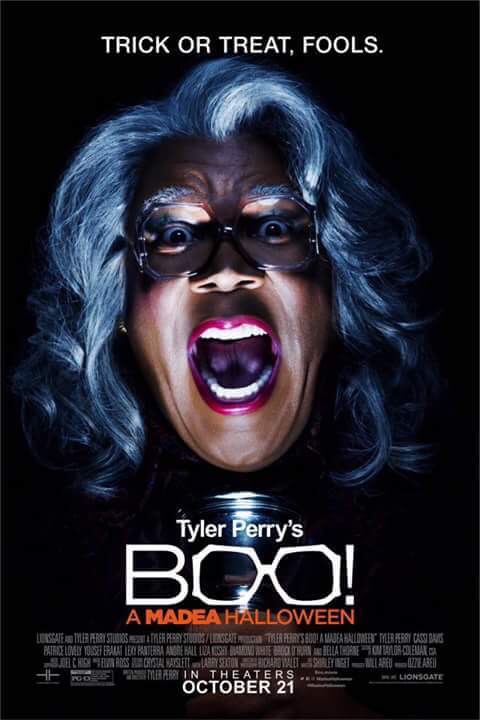