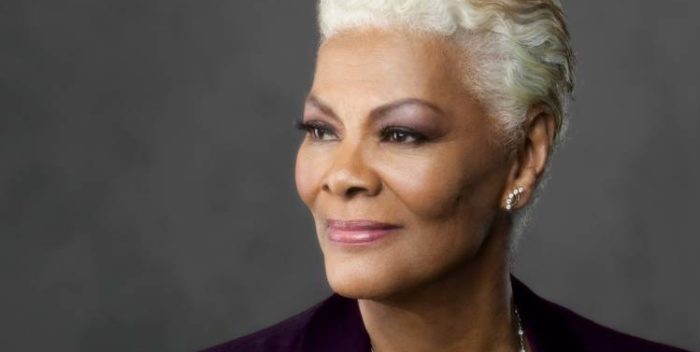 Legendary songstress Dionne Warwick announces “She’s Back,” first new album in five years, to be released on
May 10
Release Includes Bonus disc of 1998’s LP
Dionne Sings Dionne
Project Kicks Off Today With Release of New Rendition of “What The World Needs Now”

(March 1, 2019) Legendary Grammy Award winner DIONNE WARWICK will release her first new album in 5 years, “SHE’S BACK”, on May 10th. Produced by her son Damon Elliot, the album will be released via his Kind Music and Entertainment One (eOne). The lead-off single will be an updated version of the Burt Bacharach/Hal David classic, “What The World Needs Now Is Love”, which Dionne recorded during the 1960s.

In addition to ten tracks of new songs as well of remakes of pop/soul gems, “She’s Back” will be packaged with a bonus disc of Ms. Warwick’s 1998 album, “Dionne Sings Dionne”, which features her greatest hits, remastered for this package. “She’s Back” also includes duets with Kenny Lattimore (“What Color Is Love”), Musiq Soulchild (“Am I Dreaming?) as well as Bone, Thugs & Harmony’s Krayzie Bone (“Déjà Vu”) .

“She’s Back” is Ms. Warwick’s 36th full-length studio recording, and her first dedicated R&B/soul album in fifty years, since the release of Dionne’s stellar 1969 Scepter LP, Soulful, which she co-produced in Memphis with the late Chips Moman (who’d manned the boards for Dionne’s then-label mate, B.J. Thomas).

Ms. Warwick is one of several legends to be chosen to receive one of the Grammy Awards’ highest honors this year – the Lifetime Achievement Award. She joins music greats such as George Clinton & Parliament-Funkadelic, Billy Eckstine, Donny Hathaway, Julio Iglesias as well as Sam & Dave in this bestowed class. The honorees were mentioned in the Grammy Awards live telecast earlier this month. A separate award presentation ceremony and concert celebrating the honorees will be held the day after the release of She’s Back, on May 11, 2019, in Los Angeles.

Entertainment One Ltd. (LSE:ETO) is a global independent studio that specialises in the development, acquisition, production, financing, distribution and sales of entertainment content. The Company’s diversified expertise spans across film, television and music production and sales; family programming, merchandising and licensing; digital content; and live entertainment. Through its global reach and expansive scale, powered by deep local market knowledge, the Company delivers the best content to the world.