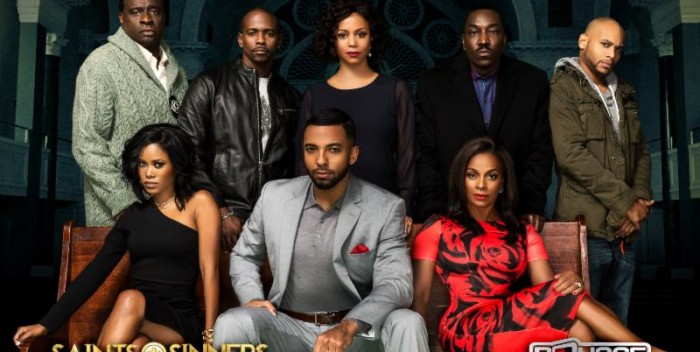 Action Intensifies,
Viewers Can’t Get Enough of the Hit Drama

LOS ANGELES – March 31, 2016 – Pain will be felt as cheating, debts, and cover-ups put family bonds to the test in the next all-new episode of Saints & Sinners this Sunday at 9pm ET/8pm CT on Bounce TV.

In Saints & Sinners, Greater Hope Baptist Church is the heartbeat of Cypress, GA, a large southern town outside Atlanta. As times changed and Cypress grew, so did Greater Hope’s influence. With the return of a prodigal son and a shocking crime that rattles the core of the community, long-kept secrets, deceit, jealousy and compromising sexual affairs threaten to demolish the heart of the church and shatter the lives of those within it. For it seems at Greater Hope, only God and the devil can tell the difference between a saint and a sinner.