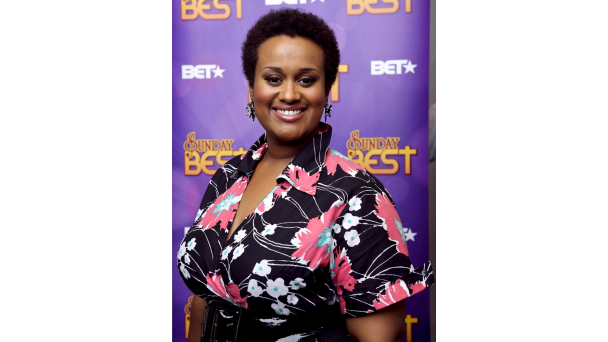 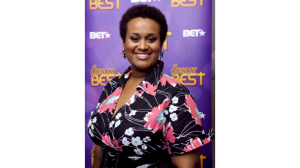 On a day where the world celebrated and mourned the 10th Anniversary of 911, a new Sunday Best winner was crowned as Amber Bullock defeated Andrea Helms for the crown of Sunday Best. The show started with VaShawn Mitchell singing “Chasing After You” as Season 2 Sunday Best finalists Jessica Reedy & Zebulon Ellis joined him on the chart topper “Nobody Greater”. Almost immediately after, Hip-Hop gospel artist Lecrae, showed us why he is the top selling artist in gospel music when he performed his current single “Background”. It was evident that this was going to be a star studded event!

Amber Bullock starts out Round 1 with a fast version of Chris Tomlin’s “How Great Is Our God” mixed with a jazz infused version of “Make Heaven My Home” and ends with her version of “For Every Mountain”. I think she made Shirley Caesar. Speaking of Shirley Caesar, she also did a medley of her biggest hits; “You’re Next in Line For a Miracle”, “Sweeping Through The City” and “Jesus, I Love Calling Your Name”.

Next up is Andrea Helms singing “Because of Who You Are”, “I Love The Lord” and “The Heavens Are Telling”. All songs were very fitting for her and the anointing flowed through her as she sang with clarity and precision. The anointing was definitely in the room… the audience felt it, the judges felt it and Andrea herself indeed felt it!  Round 1 definitely goes to Andrea Helms!

Multi-platinum gospel artist and morning show host Yolanda Adams starts off the second half with her current single “Be Still” and Season 2 winner Y’Anna Crawley sped things up with “I Believe”, from her debut album “The Promise”.

To commemorate the 100th birthday of “The Queen of Gospel”, Mahalia Jackson, all three Sunday Best Winners- Crystal Aikin, Y’Anna Crawley and Le’Andria Johnson sang three Mahalia Jackson classics; “The Troubles of this World”, “Precious Lord”, “Go Tell It On The Mountain”, and “How I Got Over”. Let’s just say if they were gonna do a movie on the life of Mahalia Jackson, they should call Le’Andria. Her voice and tone is so similar to that of Mahalia Jackson that it is scary. Rance Allen and the Rance Allen Group performed their hit, “You That I Trust”, featuring Paul Porter.

Down to the final stretch, the two finalists performed the Ricardo Sanchez penned “Moving Forward” as a duet and they looked and sounded amazing. I mean really, these women really complimented one another and my wife suggested that whoever wins should record that song and invite the other to sing on it with them and I must say I agree. That was actually one of the best moments of the show, until Le’Andria Johnson re-entered the stage to sing her current radio single “Jesus” and she tore the house down, causing Kirk Franklin to pray for her and her talent in this industry we call music.

America voted and Amber Bullock is the winner of Sunday Best, however, both women are amazing vocalists and have long careers ahead of them. Congratulations to Amber!

Are you happy with the new Sunday Best winner?