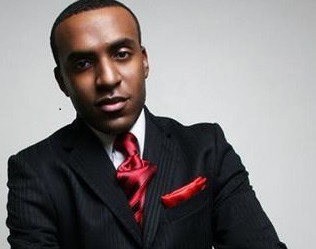 Otis Battles Begins New Journey as a Solo Artist
with the Release of I Believe
Written and Produced by Travis Malloy
(Chicago, IL ) Otis Battles makes his summer solo debut and return to Gospel music after a 5 year hiatus with the release of I Believe.  The single, released to digital outlets on June 17th is already making impact at radio and garnering praise from radio programmers and listeners across the country.
A Philadelphia native, Battles began singing around the age of 5 in his local church. Upon the family’s relocation to High Point, North Carolina, he entered high school and shortly thereafter organized the High Point Community Choir.  Under his direction, the High Point Community Choir gained notoriety and was soon brought to the attention of James Bullard and Jerry Peters of MCG Records.  Bullard heard the choir and immediately seized the opportunity to sign the group.  Their debut album Victory, was produced by Bishop Hezekiah Walker and featured cameo appearances from Rodney Jerkins and Faith Evans.  Battles continued his educational pursuit attending the University of the Arts, Philadelphia College of Music. He would also spend 10+ years traveling the globe as a member of Bishop Hezekiah Walker’s Love Fellowship Crusade Choir.
I Believe, written and produced by Travis Malloy delivers a powerful message of hope speaking to the very heart of the listener.  Battles found himself at the crossroads right around the time Travis Malloy presented the song to him.  “God allows sometimes painful but very much necessary things to happen in our lives to get us to realign our priorities and concentrate on Him,” Battles explained.   “Travis penned the song after experiencing a series of disappointments to encourage himself and when I heard it, it encouraged me.  I told him, I’ve got to record that song.  God placed his seal of approval on it and we have seen and hear the testimonies of how its touched and encouraged so many people.  This is all to the glory of God.”
In support of the single’s release Battles will make appearances at conventions and music conferences during the summer and return to the studio to begin work on new material for a 2015 CD release.
www.OtisBattles.com
www.facebook.com/OtisBattlesMusic
Twitter: @OtisBattles