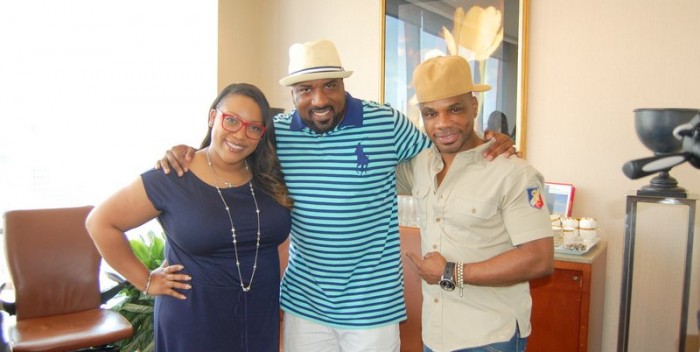 What a difference a year makes. Last year, Detroit native Tasha Page- Lockhart, was preparing to audition for BET’s top rated talent competition Sunday Best. Just one  year later she is the current winner of the franchise and a few weeks away from debuting her inaugural project entitled “Here Right Now” on the Fo Yo Soul/RCA Inspiration imprint. 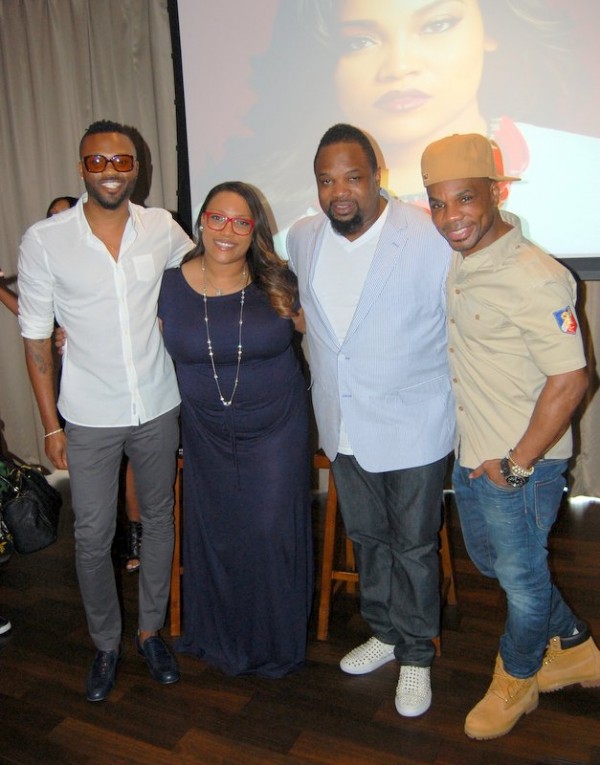 Tasha Page- Lockhart’s listening session was facilitated by Shawn Gibbs and The Firm Artist Management company and hosted at BMI’s New York office with Wardell Malloy and Kirk Franklin at the helm. At 12:00 on a Wednesday afternoon, many notable media personalities, artists and executives such as Liz Black, Latice Crawford, Jeff Grant, Joseph Burney, Ray and Gabe (Stuff FLy People Like), James Hall, Hezekiah Walker and many others came to get a sneak preview of what Sunday Best winner Tasha Page- Lockhart will have to offer the world on August 5th.

Tasha and Kirk playing music from Lockhart’s new project for a plethora of media, artists and executives

With Tasha and Kirk painting the picture for each song before each track was played, it was clear that Kirk was very much involved in the recording process. Who in their right mind wouldn’t want to have songs written and produced by Kirk Franklin? However, one of the best songs out of the eight songs that were previewed was a song written by Tasha and her husband Cliff Lockhart entitled, “Faith Come Alive.” This song is stripped down with just Tasha and a piano, but the words are powerful and will definitely resonate with the listener. The song “Different” is another banger and has that Kirk imprint that we all know and love; penetrating lyrics and a funky groove! Another Kirk Franklin penned song entitled “Life” is another one of my favorites that one can easily hear on Top 40 radio (notice I didn’t say gospel radio) because of its relevant production and transparent lyrics. 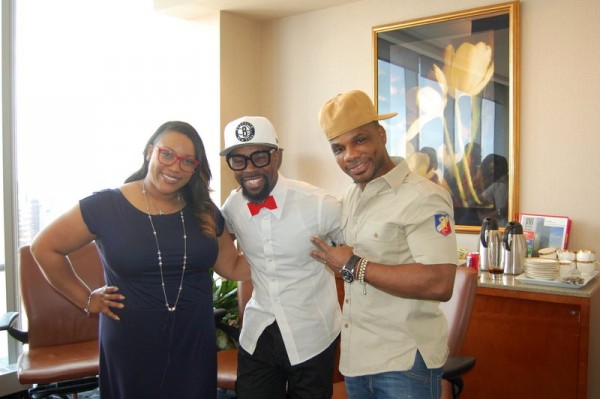 With heavy bass and horns on the title track and a quartet inspired song entitled “I’m Living” featuring her mom, Lisa Page- Brooks, Page- Lockhart has managed to do what many other artists cannot do, make a complete and well versed debut album. Later that evening Tasha was the opening act for the Kirk Franklin Presents Tour featuring The Walls and Tye Tribbett and she already has what it takes to be a great artist, proving not only is she “HERE RIGHT NOW,” she is HERE TO STAY!

Make sure you purchase her debut album on August 5th for only $7.99 on itunes!