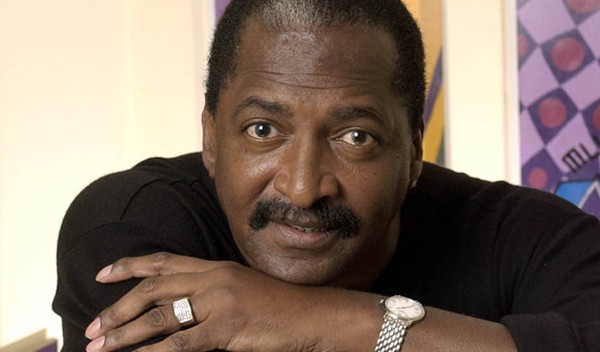 Mathew Knowles is by far one of the most underrated businessman in the music industry. Not only is he responsible for the physical birth (along with Mama Tina of course) of the biggest star on the planet, Beyoncé, He is also responsible for introducing the world to the 3rd most successful female group of all time (behind TLC and The Supremes) and that is no east feat. Let’s not forget his contribution to the Gospel music industry with acts like Amber Bullock, Trin-i-tee 5:7, Brian Courtney Wilson and Grammy Award winner Le’Andria Johnson all selling a considerable amount of units for his now defunct gospel division of Music World.

Root: Congratulations on being the only person to shut Charlemagne down on “The Breakfast Club.”

Root: What is the synopsis of your book “DNA of Achievers?” 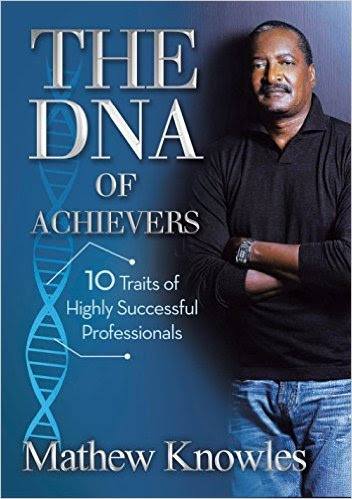 Mathew Knowles: This book took me two years to write. I learned that it’s kind of like making your first record. It was a learning experience for me in a very good way. I have traveled so much and I began to listen to the people that I occasionally talked to on planes and in restaurants. On a consistent basis when I talk to folks that are successful, their eyes light up and they begin to proudly talk about what it is that they do.

As an educator, I always wanted to write books. I love reading but I was torn as to what my first book should be about. Should I write my first book about my story, Destiny’s Child, the music industry or should I write a book that talks about my passion to educate and motivate? I chose to do a book that is self-motivational and music business combined.

I teach at Texas Southern University here is Houston, Texas. I have taught for eight years and I consider it a privilege. It’s a privilege that I get to teach young minds every single week. I teach two classes on Mondays and this semester I’m teaching “Artist Management” and last semester I taught “School of Business” and “Entrepreneurship.” I really enjoy teaching and I am actually runner-up for one of the professors with the most popular class.

All around the country, I’ll be giving a seminar called “The Entertainment Industry: How Do I Get In.” It’s all day. It starts at 10am and ends at 5:30pm. I have an All-Star panel. It’s about getting information and knowledge about the “Real” challenge about getting into the Music and Entertainment Industry. We live in a microwave society and that’s just not how it works in the music industry. It doesn’t work like that in any way in life, nothing is microwave overnight.

Root: How did you transition to Gospel Music and why did it end?

Mathew Knowles: Most people don’t know that Music World has three record labels and we’ve also partnered with three record labels. We have our Music World Pop and R&B; we call that “Music World Music.” On that label we have Solange, whom we have catalogue on today. We also partnered with Interscope with Solange who had the Number One Top 5 Billboard 100 album. We also have Sunshine Anderson who had the Top 25 R&B album. All on the R&B side. On the Pop side, we have a platinum selling girl group out of Europe called “Play.” We  partnered with Columbia Records with “Play” in the early 2000’s. When I partnered with Sanctuary Records, we did the last Earth, Wind and Fire album, the last O’Jays album called “Imagination,” a Chaka Khan record called “Chaka Khan Live with the London Symphony,” The “Roll Bounce” Soundtrack and “Cadillac Records” Soundtrack. A lot of people don’t know that part of “Music World.” They don’t know that I own a Country label called “Compadre.” I have some legends on that label like Billy Joel Shaver who was a singer/songwriter that has had number one hits and wrote number one hits for other artist.

I had this strategy years ago for Destiny’s Child to do an album and each one of the ladies would do their own solo project. Kelly was really big over in Europe as a Pop artist. Kelly did that Pop record and of course, Beyonce did that R&B/ Pop record. Michelle and her family were ROOTED in Gospel and the church and she wanted to do a Pop/Gospel album. At that time, years ago, me and Columbia just couldn’t afford to support Michelle with her Gospel album, so I decided to start “Music World Gospel,” really because of Michelle. From that first artist, I heard this young man at my church here in Houston that would have people praising all over the place. So then I met with and signed Brian Courtney Wilson. From there, we did a deal with Sony and brought Trin-i-tee 5:7 over to Music World Gospel. Trin-i-tee 5:7 was the number one selling female trio in the history of Gospel Music. Not only have I had the opportunity with R&B/ Pop with Destiny’s Child being the number one selling group of all time, I also had that in Gospel. I am very grateful and humbled by that.

Then we did a deal with BET and we did the deal with Sunday’s Best which is similar to American Idol, as all of the artist who won Sunday Best were signed to Music World. From that partnership we built the number one Gospel label, had eight #1 albums, and Le’Andria Johnson won a Grammy Award, the only contestant from Sunday’s Best to do so. We have had tremendous success with the Gospel label as well as all of the other labels.

Root: Is there any truth to Music World artist being “black balled” by Cathy Hughes and TV One  because you sold the rights to the Essence Music Festival to BET?

Mathew Knowles: I don’t how much truth is with all of that. There was a dispute of the wrong airing of the Essence Music Festival on BET and from that there was a law suit.

Root: Your oldest daughter Beyoncé is currently the biggest Pop Star in the world and Solange is very successful in her own right. What are you most proud of?

Matthew Knowles: I’m asked that often and I have the same answer every time. It’s not about their plaques and awards, event hough that is great, I am most proud of them being good people. If you ever had the opportunity to meet either one of them, you’d realize they are good people. That’s what I’m most proud of. They are both intellectual human beings. I am also very proud of them as mothers. Those are things that are far greater than their professional accomplishments. Aside from their success, they are really good people and I am very proud of that.

Root: What do you think about this new generation of artist?

Mathew Knowles: When I first got into the industry, they were saying the same thing back then. There will be an evolution 20 years from now also. Evolution is a part of growth and I embrace that. Music has evolved so much that we don’t even buy music the same as we did 20 years ago. It’s not a question from the consumer vantage point, but it’s from the monetary vantage point. We have to look at the industry and produce a different way of monetizing music. As an artist, you have to look at a different way to monetize things and that’s the challenge today.

We look at streaming, YouTube and social media; we have to understand technology and how to make it work for us. I think that’s the plus side. Now is a great time to build that fan base through Live performances. You can be clever because you have so many tools and technology that you can showcase your ability. Artist never made money in selling records, they always made money in touring. We understand royalties and publishing better, but artist have never made money from sales.

Root: Is there really gonna be a Destiny’s Child reunion?

Mathew Knowles: Obviously, we’re hopeful that they’ll be a reunion. We’ve seen the girls within the last three years on the Stellar Awards and the Super Bowl a couple of years ago. They are the best of friends. They are smart enough to know that one day they would come back to do an album and possibly tour. They are also smart enough to understand what the fans really want. Who knows, there may be a reunion in the next couple of years.

Root: What is the likelihood of LeToya and LaTavia taking part in the reunion?

Mathew Knowles: I can’t even begin to speak on something like that. I have no idea.