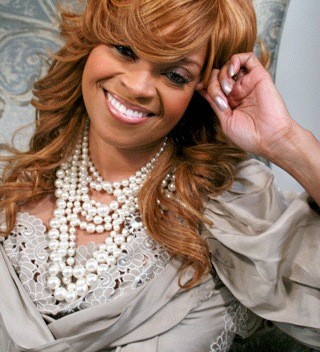 with Entertainment One Music

Beginning with a new album to be recorded “live” on September 9, 2013 by four-time GRAMMY® Award-winner Clark Sheard, the label’s future recordings will be distributed by eOne Music, based out of Nashville, TN.

Label General Manager Darrell Thompson stated, “On behalf of the Sheard Family, we are looking forward to working with the team at eOne to take the Karew brand to even higher levels of success as we have full access to a marketing and promotions staff that has a track record of delivering hits.  The family has a relationship with the company’s television arm, so it was a natural fit to extend the relationship into the area of music.” Assistant General Manager Cynthia Ellis said “After learning that eOne had recently entered into relationships with Warryn Campbell and Donald Lawrence, the decision was easy for management to choose this venerable company.”

“We are excited to extend the eOne relationship with the Sheard family beyond television into music as well through this new partnership with Karew Records,” said Phil Thornton, Vice President of Marketing and New Business Development at eOne Music, Nashville.  “Not only do the Sheards continue to have a great impact in furthering ministry and gospel music, but in their family, in faith and in business, they truly serve as a constant inspiration. It’s a blessing for eOne to embark on this partnership with Karew Records, and mark another thrilling venture working with one of gospel’s most beloved families, to continue supporting and discovering some of the nation’s best gospel music.”

Bishop and Clark Sheard, along with their daughter, Kierra, and son, J. Drew II, are the subjects of the hit docu-drama series, The Sheards, which premiered on BET in April and airs Sundays at 8 p.m., ET.

Karew Records will continue to distribute Jonathan Nelson’s latest project, Finish Strong, via Motown Gospel (formerly EMI Gospel). Finish Strong was released on April 23 and entered at #1 on Billboard’s Top Gospel Albums chart. Additionally, the next music offerings by Kierra Sheard and the Clark Sisters will also be handled by Motown Gospel.

In addition to Nelson’s #1 Karew debut album, Finish Strong, the family owned label celebrated a string of successes since its 2009 inception. The multiple GRAMMY® Award-winning Clark Sisters released the first recording on Karew Records (2009) with The Clark Sisters’ Family Christmas.  Clark Sheard’s Karew debut release followed with All in One (2010) and debuted at #3 on Billboard‘s Top Gospel Albums chart. Clark Sheard also received the Stellar Gospel Music Award for Female Vocalist of the Year for All In One along with a GRAMMY® nomination for Best Traditional Gospel Album, and GMA Dove and BET nominations. The label has also released daughter Kierra’s, Free album (2011) to rave reviews and a #1 debut on Billboard’s Top Gospel Albums charts. She also was named the winner of the 2013 Stellar Award’s Albertina Walker Female Vocalist of the Year and received numerous other honors and nominations for the Free project.

Karew Records was founded in 2009 by multiple award-winning gospel legend Karen Clark Sheard and her husband, Bishop J. Drew Sheard. Karew Records is a faith-based label focusing on various forms of gospel, Christian and inspirational music for all nations and generations. Based in Detroit, MI, Karew Records was initially established as a label home for the family’s various recording projects. The label roster includes Karen Clark Sheard, Kierra Sheard, The Clark Sisters and the production works of producer, JDrew Sheard II (JDS). In 2012, Karew Records signed renowned worship leader and recording artist Jonathan Nelson. This signing marks the label’s first acquisition outside of the family.

Entertainment One Ltd. (LSE:ETO) is a leading international entertainment company that specializes in the acquisition, production and distribution of film and television content. The company’s comprehensive network extends around the globe including Canada, the U.S., the UK, Ireland, Spain, Benelux, France, Germany, Scandinavia, Australia, New Zealand, and South Africa. Through established Entertainment and Distribution divisions, the company provides extensive expertise in film distribution, television and music production, family programming and merchandising and licensing. Its current rights library is exploited across all media formats and includes more than 35,000 film and television titles, 2,700 hours of television programming and 45,000 music tracks.