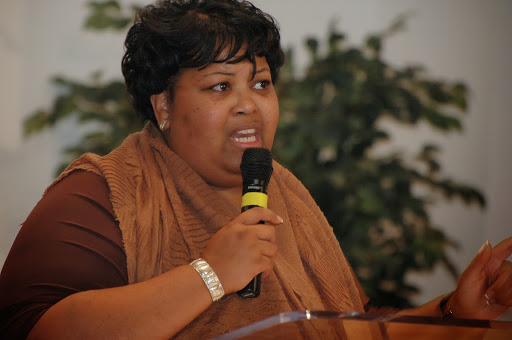 Webster suffered from brain cancer. She died at a hospital in Somerville, N.J., her firm announced.

Magic Johnson was among those who tweeted condolences, calling her a “sensational publicist.” Always A List CEO and media personality, Jawn Murray also tweeted condolences saying, “Heaven landed an angel today, but I lost a friend. rest in peace Patti Webster.”

Webster, whose parents were pastors, was an ordained minister. She wrote “It Happened in Church: Stories of Humor From the Pulpit to the Pews.”

I remember meeting Patti in 2000 at the Essence Awards and Janet Jackson was due to perform and those who know me, know that I am a die hard Janet Jackson fan and I overhead her say that Janet was not going to make the ceremony. At that time it was  publicized in the media that Janet was in fact married to Renee Elizando for years without the public knowing, and that she was now getting a divorce. I walked over to Patti and asked her why Janet was not attending the awards and she quietly replied, “Please pray for Janet.”

That was Patti, the “Praying Publicist” that this industry so needed.

She is survived by her father, two sisters and two brothers and will be sorely missed by her family and the industry at large.