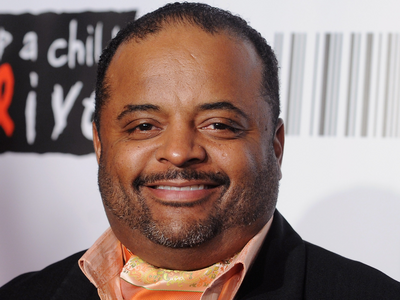 CNN contributor Roland Martin has been suspended indefinitely by the network on Wednesday afternoon. In a statement from CNN, the network says: “Roland Martin’s tweets were regrettable and offensive,” reads the statement. “Language that demeans is inconsistent with the values and culture of our organization, and is not tolerated. We have been giving careful consideration to this matter, and Roland will not be appearing on our air for the time being.”

The tweet that they are referring to was a tweet that Martin made during last Sunday’s Superbowl of the New York Giants and the New England Patriots. Read Tweet below:

“If a dude at your Super Bowl party is hyped about David Beckham’s H&M underwear ad,” he wrote, “smack the ish out of him!”

Although Martin deemed this as a complete misunderstanding and says that he was tweeting in reference to soccer and not homophobia, GLAAD (Gay Lesbian Alliance Against Defamation) immediately responded by demanding his removal from the news network.

“Let me address the issue that some in the LGBT community have raised regarding some of my Super Bowl tweets yesterday,” he wrote. “I made several cracks about soccer as I do all the time. I was not referring to sexuality directly or indirectly regarding the David Beckham ad, and I’m sorry folks took it otherwise,” Martin said.

Do you think Roland MArtin should have been suspended for this or was it just a complete misunderstanding?