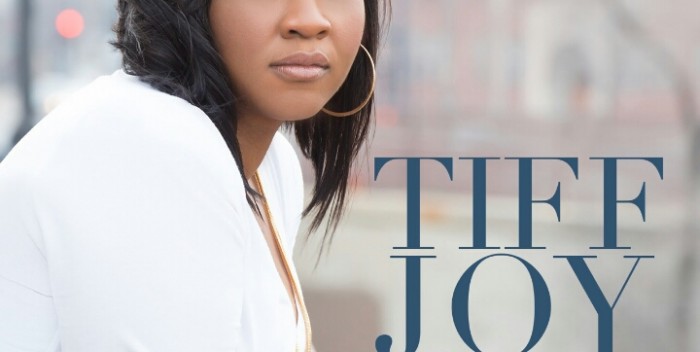 After a few years of floating in the backdrop of the gospel music industry as a singer/songwriter collaborating with several seasoned acts, the twenty-something TIFF JOY’s explosive voice dominated the gospel airwaves in 2014 as the featured instrument on Ricky Dillard & New G’s Grammy Award nominated radio smash “Amazing” that spent an astounding 30 weeks at #1 on Billboard Magazine’s Gospel Airplay chart. Now, the Chicago native is stepping onto center stage with her self-titled debut solo album “TIFF JOY” (WalkWay Entertainment/Tyscot) that features the soul-stirring radio hit “The Promise.”

The soul-lifting twelve-song project displays the full range of TIFF JOY’s velvety alto spanning the funkified worship of “You Are” and the silky soul balladry of “All That You Do” to the tender, breathtaking vocal performance on the melody “I’m All Yours” and the inspiring rock opera-styled tune “Healer.” The collection also features a very different but equally moving rendition of her breakthrough hit “Amazing.” She transforms the former high-octane rhythm for a mid-tempo vibe that features a more nuanced and sophisticated vocal approach than the raspy, no-holds barred performance she delivers on the Ricky Dillard & New G incarnation of the song.

TIFF JOY (Tiffany Joy McGhee) is one of four children born to Bishop Timothy B. McGhee and Pastor Bernadine Bell-McGhee of the Free Spirit Ministerial Worship Center in South Holland, IL. She grew up singing in church and after graduating from DeVry University in 2010, she launched a songwriting career. Over the years, she’s collaborated with gospel heavyweights such as Anita Wilson, VaShawn Mitchell and Fred Hammond. She wrote and led the song “Amazing” that anchors Ricky Dillard & New G’s 2014 comeback album of the same name. It won TIFF JOY a Dove Award nomination and earned her a Stellar Award for Song of the Year in 2015. The buzz around TIFF JOY inspired Vashawn Mitchell to sign JOY to his Walk Way Entertainment recording label and now the sky’s the only limit for this fresh new talent.