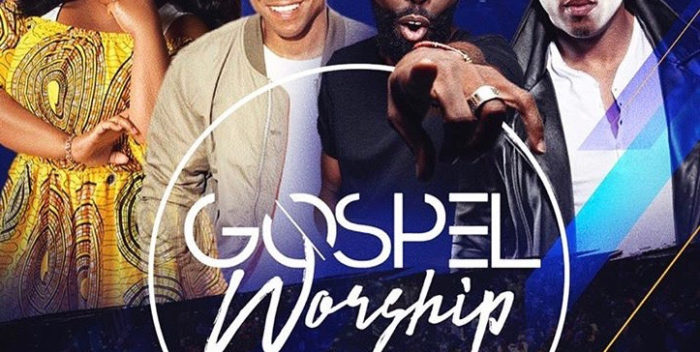 The hour-long program is hosted by singer/actor, JAVEN,

The first episode of GWE was taped at TBN’s The Holy Land Experience complex in Orlando, Florida. “We had over 3,000 people for the first taping,” Javen said. “We turned away hundreds more. It was an exhilarating night of worship music and must-see TV.”

Each episode showcases today’s top recording artists leading the audience in the studio into a gospel worship experience. The first episode features dynamic musical ministry from Grammy® Award winner, Tasha Cobbs Leonard, who is known for her megahits such as “Break Every Chain” and her recent Top Ten hit duet with Nicki Minaj, “I’m Getting Ready.” Multiple Stellar Gospel Music Award winner, Anthony Brown of Anthony Brown & group therAPy, who is known for his No. 1 hits “Worth” and “Trust in You,” also brought his dynamic charisma to the stage. Follow these links to find the show in your market:

JAVEN is an award winning worship artist and song writer. He’s best known for the songs “Fresh Oil” and “Worshipper in Me.” He was an actor in films like “Preachers Kid” and “One Night with the King” and he now hosts his own weekly TV Show called “NOW Living” which airs on TBN Salsa in the United States and on TBN UK in Europe. He recently celebrated a Top Ten gospel billboard release with his latest CD “GRACE” just released in stores now on the Tyscot Label.

Tye Tribbett is a multi- Grammy® Award winner who is best known for his progressive style of contemporary gospel that has netted him Billboard chart hits such as “No Way,” “V-I-C-T-O-R-Y” and “If He Did It Before, He Can Do It Again.”

About the Trinity Broadcasting Network
Trinity Broadcasting Network is the world’s largest and most watched faith-and-family broadcaster, reaching over 175 nations across the earth with inspirational and entertaining programming 24 hours a day in 14 languages and on 32 global networks. As the world’s most influential non-profit religious broadcaster, TBN has led the way in expanding the impact of faith-based television across the earth through the creation of innovative content designed to reach every viewer demographic with the life-changing message of hope and grace. To find out more about the TBN Networks, visit us at tbn.org.