We are down to the final two on Sunday Best and it is quite honestly anyone’s game. Tonight’s song theme is more appropriate than last week as each contestant performed classic songs written by the late Walter Hawkins. 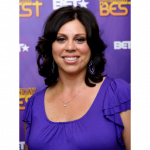 After a riveting opening performance from James Fortune and FIYA, Andrea Helms tackled the Hawkins classic made famous by Tramaine Hawkins, “Changed”. Tina Campbell said “It wasn’t your best vocal but I enjoy the God in you”. On the other hand Amber Bullock took on “Thank You” and albeit good, it was unanimous that she did a little bit too much with the song, making round one a bit difficult to judge. Let’s just say that Round 1 was a tie.

Round 2 started with Andrea Helms singing “I Love The Lord” and I must say it was very moving and you definitely felt the anointing in her voice and the judges all agreed that the anointing was indeed in the room. Next up Amber Bullock sings “For Every Mountain”, made most famous by Kurt Carr and The Kurt Carr Singers, and the woman with the jazzy alto made the song her own, let God use her and tore the house down! Two of judges even reprised the song after Amber finished singing, making it hard to go into the next segment. Round 2 goes to Amber! 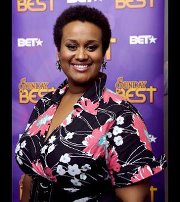 We are down to the end and one of Root’s 50 Greatest Gospel Acts of All Time, Richard Smallwood, premiered his new single “Trust Me” to an audience already filled with emotion, and proved that he is still one of gospel music’s greatest song writers. Now it’s your turn to vote for your favorite Sunday Best Contestant.

Good Luck to both Andrea and Amber!