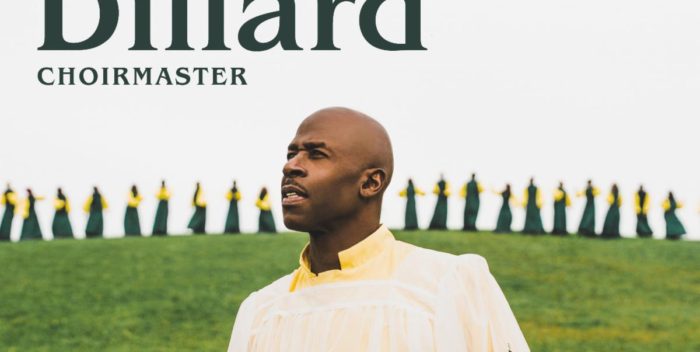 Nashville, TN (August 24, 2020) – Motown Gospel is proud to announce the legendary choirmaster Ricky Dillard reached number one on both the BDS Gospel Airplay Charts and the Mediabase Published Gospel chart with anthem of the year “Release” featuring Tiff Joy. “Release,” which is the first single from the top-selling Choirmaster album is Dillard’s second-best performing song of his career since his single “Amazing” spent a record-setting 30 weeks at number one on the BDS Gospel Airplay chart in 2014.

“I am thrilled that gospel radio has honored Ricky Dillard by making ‘Release’ the most played gospel song in the nation,” says Monica Coates, Co-Executive Director of Motown Gospel.  “Ricky is one of the founders of the modern gospel choir and has never stopped championing the role of the choir in our genre.  His energy and style are cornerstones of our marketplace.” From his critically acclaimed album Choirmaster, Ricky Dillard released remixes of songs to celebrate the rich history of Chicago house music and his own musical influences.

Ricky Dillard performed on the August 9th episode of BET’s Sunday Best. Through a virtual screen, he directed New G, delivering a rousing stay-at-home performance of “More Abundantly Medley” and proving the group worthy of the title ‘choir of the year’.  For more information on Ricky Dillard visit:FacebookInstagramTwitterYouTube