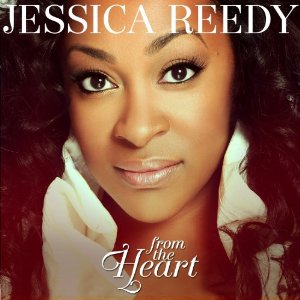 Album: From The Heart

On September 27th, the world will finally be “Ready for Reedy” as Season 2- Sunday Best runner up, Jessica Reedy, releases her debut album, From The Heart. From the first song to the last, Jessica put her all into every last song, singing with precision from high alto to low tenor like a pro. Her current single “Put It On The Altar” is a real feel good song that you can play with all of the windows down. The guitar licks, horn and keys on this song are simply the best. “Always” is gospel slow jam if you will, that encourages the singer that “It won’t be like this always, they’ll be better days”. The line, “Life is a permanent tattoo” hits home yet you still feel hopeful once the song is over. Reedy shines bright on the Soul Seekers assisted, Williams Brothers classic “Still Here”. However, Reedy pulled out the big guns on the 1970’s disco hit “Dr. Love“, featuring former Bad Boy Queen- Faith Evans. The two powerful singers ride the beat like only they can. At 2 minutes and 50 seconds, the song ends just as you begin to get in the groove but she more than makes up for it on songs like “Something Out of Nothing“, “Blue God” and the sixties inspired “Marching On“.

Jessica Reedy knocked it out of the park with her debut project with first class vocals and a solid body of work for a debut. The writing, production and background vocals are impeccable as well, with seasoned writers and producers like Charles Harmon and Claude Kelly (What About Me), Kortney Jamaal “Mali Music” Pollard (Blue God), Deon Kipping (Always), Warryn Campbell (Marching On), Israel Houghton (Moving Forward), David Caton (Where He Leads Me), Aaron Sledge (Something Out Of Nothing), James “Big Jim” Wright and Reedy (So In Love With You- Amazing) herself at the helm. It seems like a lifetime since Season 2 of Sunday Best but Jessica Reedy is finally here with her debut project. Are you Ready for Reedy?