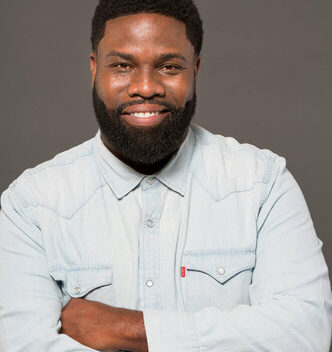 CURRENT SINGLE IT SHALL PASS, RISING UP THE CHARTS LANDING AT #23 ON BILLBOARD’S GOSPEL INDICATOR CHART THIS WEEK

Navasota, TX (August 2, 2021) – Uncle G Records recording artist James Mable, Jr has made great strides as one of the Leaders of the New School in gospel music. His debut album, The Journey 2.0 was released last fall to critical acclaim.

His inaugural single from said album, It Shall Pass,is a  mid-tempo contemporary quartet juggernaut, and it showcases James’ innate ability to take a song where not many people can and he does it with the charisma and confidence of his mentors, the late Rev. James Moore and the legendary Marvin Winans. It Shall Pass is making great waves to be a Top Ten charted single by year’s end and is currently in the Top 25 (#23)

Even in the midst of a worldwide pandemic, James is still one of the most sought after independent artists, first appearing as one of the principal actors in the ClubHouse rendition of Dream Girls. He will also be presenting his gifts at the Male Diversity Summit at Nevada State College outside of Las Vegas on August 12 and at the Apostolic Pentecostal Church 98th Anniversary on September 26.

As the youngest of four with three older sisters, Dr. James Mable, Jr., who hails from Navasota, TX, has carried the mantle of being special since birth. He is the son of Pastor James Mable, Sr and Mary Harvey Mable.  Growing up in the home of a pastor was not always easy, but it was definitely worth it. In fact, James gives credit to his parents for preparing him for the journey called life and introducing him to Jesus Christ!

Dr. Mable, who holds a doctoral degree in Educational Leadership, is a preacher, teacher and singer, who comes from a Christian household where education was just as important as music. But his life and music career came to screeching halt when one afternoon on his way home from class, James fell asleep at the wheel and got into an accident causing his jeep to flip seven times. The next year and a half was filled with struggle and determination as James continued to pursue his doctorate while paralyzed and confined to a wheelchair with seven permanent screws in his left foot. He had to learn how to walk all over again at the age of 27!

Since then, James Mable’s will and determination has transcended all of the pitfalls and transferred to his music.

For booking and additional info: www.jamesmablejr.com