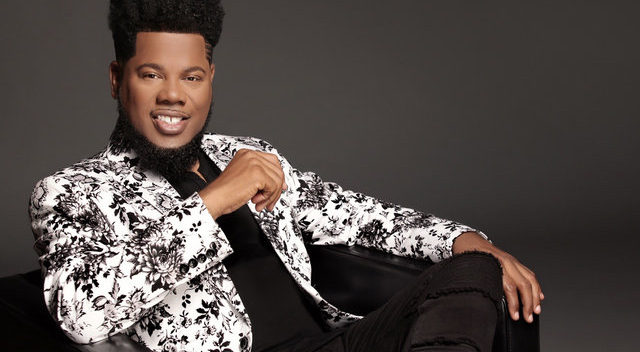 “THIS SONG IS FOR YOU”

Earl Bynum, best-known for leading the Stellar Award winning Mount Unity Choir into national prominence, has hit two Billboard charts with his first solo album in almost a decade. The charismatic artist’s third solo project, This Song is For You (Lrae/HBK/Tyscot), debuts at No. 2 on this week’s Billboard Current Gospel albums sales chart and at No. 9 on the magazine’s Gospel Albums consumption chart. “I want to say thank you to April Chandler at Habakkuk Music (HBK) and the entire staff of Tyscot Records for their partnership on this record,” Bynum says.  “It’s astonishing for me to have a solo record that I produced to actually chart.  What an accomplishment and for that, I’m honored and grateful.”

“Earl is not only an awesome artist, but he’s been very helpful in the careers of several artists, so I’m happy to see him get some love with this new career milestone,” says HBK founder, April Washington. The ten-track set showcases a potpourri of flavors ranging from the choir-charged radio single, “Bless the Lord (The Remix),” and the congregational-styled sing-along, “Only unto You,” to the urban contemporary flavored tunes, “Call Him” and “Brighter Day.” Buy/Stream Link:  http://smarturl.it/dencgf

The Franklin, VA native has been singing all of his life, organizing and conducting a variety of choirs since his teen years in the 1980s. Over the years, he’s been most associated with the Stellar Gospel Music Award winning The Mount Unity Choir in Chesapeake, VA. Their debut album, Bishop K.W. Brown Presents Earl Bynum and The Mount Unity Choir Live, peaked at #8 on Billboard’s Top Gospel Albums sales chart in 2013. The set also propelled the radio single, “Bless the Name of Jesus” to the Top 30 on Billboard’s Gospel Airplay chart. The group also won the Best Church Choir category during comedian Steve Harvey’s erstwhile Neighborhood Awards in 2013.

Aside from his position as Minister of Worship at The Mount, a mega-church congregation in Chesapeake, VA; Bynum also hosts the weekend radio program, On Stage with Earl Bynum, which is syndicated by the Musical Soul Food Network.  Visit  www.EarlBynumMusic.com for more news and information on Earl Bynum.