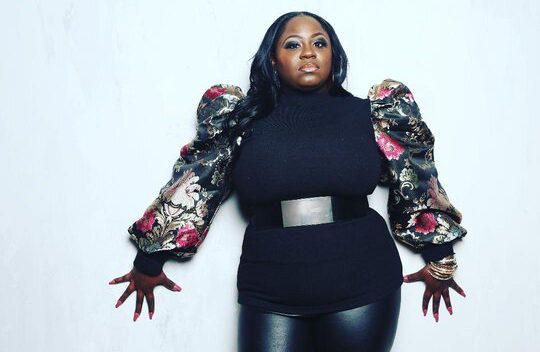 Singer Will Appear with Fellow Artists on The Marques Collins Collective LIVE Experience Streaming on UGospel and Facebook, Easter Sunday at 5PM

Dallas, TX – April 2, 2021 – Singing since the tender age of two and coming from an already popular musical family, emerging artist Taushey Sias is already a force to be reckoned with in the independent gospel music circuit. But all of that is about to change, as the Dallas, Texas native’s latest single Love Lifted Me is taking the gospel world by storm! Taushey’s rendition of the classic hymnal is an easy fit for gospel radio and reminiscent of Sias’ idol, Kim Burrell’s, auditory sensation.

Taushey Sias is not a novice and makes her craft and career top priority. Over the past decade she has been perfecting her gift, singing all over the country and auditioning for the hit BET talent contest Sunday Best, ultimately making it to the final round. In 2016, she released her debut single Always There. The song was a huge success, ranking #1 both locally and nationally on the independent music and social networking juggernaut ReverbNation.

Since then, the proud artist and mother of four has been quite busy, acting in a stage play alongside veteran actor Irma P. Hall (Soul Food), being nominated and receiving over 20 independent artist awards and even releasing her follow up single in 2018 entitled You Never Left Me, followed by All I Am in 2019.

The first quarter of 2021 is already fairing well for Sias, as she is the featured artist on the upcoming airing of Atlanta LIVE. On April 1, 2021, she was also featured along with artists Charles Butler and multiple Grammy® Award winner Israel Houghton on Are You Chosen? Mic Toss Edition, which garnered hundreds of thousands of views. “I chose Taushey, as I met her in Dallas a few years ago, heard her sing and have been following her ever since. She has an authentic sound, so I felt that she would be an excellent fit for what Israel is looking to do with the Mic Toss edition,” says Veleka B, Founder and CEO of Set Apart and Chosen.

Check out the music video for Love Lifted Me HERE: https://www.youtube.com/watch?v=r-rlwAEY2CY

Get Social with Taushey Sias