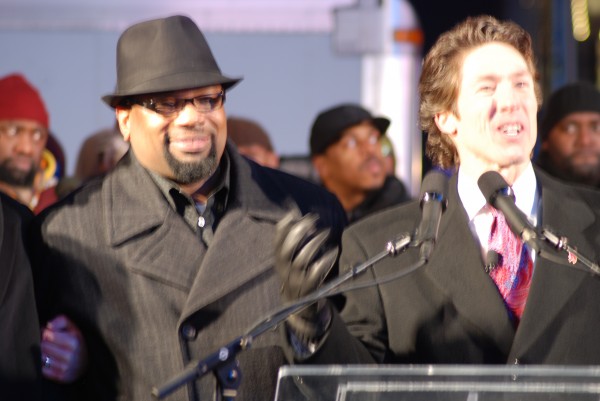 There is Hope for Haiti

On Thursday, February 4th at 5pm, Times Square was turned into Kingdom Square as thousands of people from all over New York City and abroad came out for a night of prayer and praise for the island of Haiti. Well over two dozen Pastors and Bishops from the Tri- State area was on the dais for this magical event in 25 degree weather. As Pastor Floyd Flake of Queens, NY spoke, he compared the people of Haiti to the man in the bible who was in a hole for twelve days and God eventually delivered him out of the hole.  He then went on to say that “God is not finished doing miracles in Haiti” before sending up a mighty prayer of faith.  Bishop Hez and The Love Fellowship Choir sang a handful of songs from their hit CD “Souled Out” including “Oh Give Thanks” , You’re All I Need and “Souled Out”.  Reverend Al Sharpton was also on deck and sent up a heart wrenching prayer and referred to the people of Haiti as people who have “always been challenged but never been broken”. James 5:16 says: “The effectual fervent prayer of the righteous man availeth much” and it was evident as we heard prayers from mighty men and women of the gospel. Apostle Huie Rogers (Brooklyn, NY), Bishop Kenneth H. Moales (Bridgeport, CT),  Pastor Michel White- Haynes (Bronx, NY), Bishop George Searight (New Brunswick, NJ), Pastor Donnie McClurkin (Long Island, NY) and Bishop Pierre Dorcilien (Port Au Prince, Haiti) who traveled all the way from Haiti to attend the prayer vigil said despite the death and destruction that his country has suffered, he remains hopeful. Before the two hour prayer vigil ended, Bishop Walker introduced  Pastor Joel and Victoria Osteen; who proclaimed an Ephesians 3:20 decade over the entire crowd before he and his wife gave a very emotional prayer and word of encouragement for the people of Haiti.  Pastor Osteen went on to say that “The enemy fights the hardest when he knows that God has something good in store”, referencing the tragedy in Haiti. Kudos to Bishop Hezekiah Walker for organizing this great display of affection to our brothers and sisters in Haiti!  Matt Krause and the TBN network was also there broadcasting via satellite to over a billion people across the country as we proclaimed to the world that raising money is great but raising a PRAISE is that much more powerful! 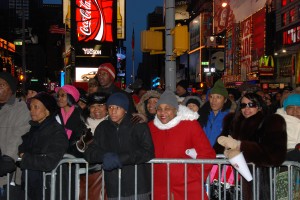