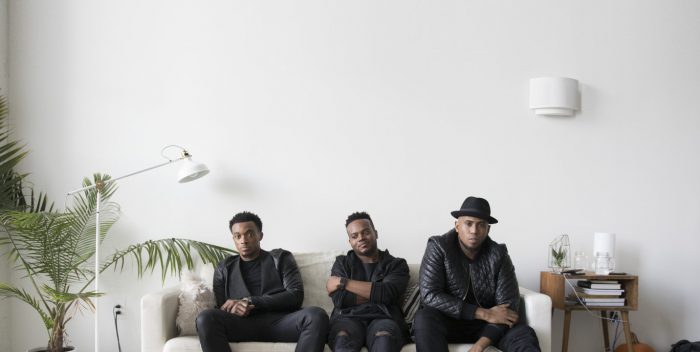 A full list of dates and venues is below. Tickets will go on sale starting Friday, October 28. For details go to: http://theworshiptour.com/

Never before have three of the most creative minds in Gospel music come together for an unprecedented national tour. The Worship Tour: We Are Here will feature multiple award winners Anthony Brown & group therAPy, Travis Greene and Jonathan McReynolds. In 2015 this trio individually set the music industry a blaze with their top selling gospel albums, “Everyday Jesus,” “The Hill,” and “Life Music: Stage Two” respectively. Hitting the right balance between modern church and core Christian messages, the three have charted several number 1 hit songs “Worth,” “Intentional,” and “Gotta Have You,” and between them they’ve earned 16 Stellar Award nominations, 9 Dove Award nominations, 6 Billboard Music Nominations, a BET Award Nomination and a Soul Train Nomination; truly representing the best the genre has to offer.

The Worship Tour: We Are Here.

Anthony Brown is an unparalleled talent and music influencer whose attributes are endless. He’s a creative force as a vocal director, producer, songwriter, worship leader and singer. Brown emerged in 2012 releasing his self-titled debut album which was propelled by his first Number 1 song “Testimony.” In 2015, Brown along with his exception vocal ensemble group therAPy, released their second album, “Everyday Jesus,” earning them their first Grammy® Award nomination, 3 Billboard Music Award nominations, a BET Award Nomination and 2 Dove Awards and 10 Stellar Awards. The album generated the biggest gospel song of the year, “Worth,” which was among the best selling digital songs and spent 28 weeks at Number 1 on the Gospel radio chart.

For GRAMMY® nominated singer, songwriter and producer Jonathan McReynolds, his mission as an artist has always been clear. Since releasing his debut album, Life Music, more than four years ago, his message has become stronger, bolder, braver. On Life Music: Stage Two McReynolds’ excitement spills over into every song. But his joy isn’t from a man whose debut album peaked at the top of iTunes Christian chart and reached number 3 on Billboard’s Gospel charts in 2012. Nor is it from a man whose single “No Gray” was nominated for contemporary/ song of the year at the 2014 Dove Awards, or a man who’d later garner two Stellar Awards nominations for songwriting and new artist of the year in 2014. No, this joy is from a man who’s reaffirmed his spiritual calling. McReynolds’ testimonials on Stage Two are in sync with his core as a songwriter: transparency.

About Travis Greene:
For 32-year-old singer/songwriter/producer Travis Greene has spent the past decade serving as pastor, worship director, and national recording artist. By living in culturally diverse regions and experiencing various church denominations, he embraces his unique gift for adaptability. Travis’ current album “The Hill” debuted No.1 in sales on the Current Gospel Chart and #2 on Billboard’s Top Christian/Gospel Albums Chart. Featuring the hit gospel single “Intentional,” the singer-songwriter’s 12-track live album presents a compelling showcase of his unforgettable songwriting, anointed ministry, and invigorating live performance style. Greene recorded “The Hill,” live before a packed crowd in his hometown of Charlotte, NC, delivering songs such as “Made A Way”, Here For You,” “Gave It All,” “The Hill” and more. His EPIC journey has garnered him several major TV performances including BET’s Sunday Best, BET’s Celebration of Gospel, upcoming The Stellar Awards, BET Special My 1st COG. He earned his first Grammy Nomination, (2) Stellar Awards nominations, (2) Billboard Nominations and a Soul Train Award nomination.

For a list of tour dates and venues, please visit http://www.theworshiptour.com