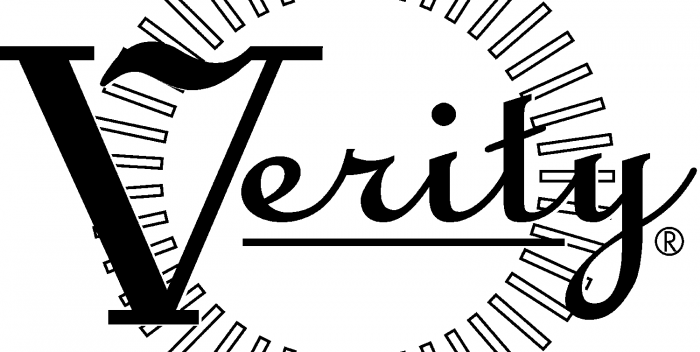 Nashville, TN – July 5, 2017 – RCA Inspiration and Provident Music Group celebrate  the relaunch of Verity Records, reviving the iconic label that has been a modern standard-bearer in Gospel for almost two decades!  Reintroducing Verity, kicked off by the newly-launched single “Close” from Gospel icon Marvin Sapp, excitement is buzzing high among artists, the industry, and fans about the return of the beloved brand.  Verity Records will be operated under Provident Music Group.

Continuing to shine a spotlight on the timeless inspirational music that’s impacted countless millions worldwide, Verity is home to a vast catalog that shaped a signature legacy in the Gospel landscape, featuring a history-making slate of releases from contemporary superstars and pioneering acts such as Marvin Sapp, Fred Hammond, Yolanda Adams, John P. Kee, Vickie Winans, Richard Smallwood, Kirk Franklin, among others from the 1990’s to 2013.  Highlighting this prolific trove of music, Verity is sparking ongoing inspiration for longtime fans and new generations, driving discovery and appreciation through new music, legacy performances, curated playlists, merchandise, special collections, and more!

Marvin Sapp’s single “Close”, gives a taste of more new music to come, from one of Gospel’s biggest global leaders.  Quickly becoming a new hit, “Close” makes a powerful influence on the charts, rising at radio, ranking in the Top 5 among Gospel Indicator charts of Most Added and Most Increased Plays for the song.  “Close” is the lead single from Sapp’s highly-anticipated upcoming 11th solo album CLOSE, to be released on September 29th.

Terry Hemmings (Provident Music Group CEO) says: “We are pleased to relaunch Verity, a brand that has been an integral part of forging the sounds of Gospel Music today. The Verity Label represents a rich history of cherished albums encompassing contemporary and classic hits that can be enjoyed time and again. Uplifting entertainment is more important now than ever, inspiring all of us-no matter what path we may be on. We look forward to sharing this new chapter of Verity with all of you!”

Phil Thornton (Verity and RCA Inspiration SVP & General Manager) says: “There is so much incredible music to experience, and amazing new Gospel and inspirational music to come from Verity. Every record has a story to tell. Whether you’re introduced to ‘Close’ for the first time or re-discovering past works, these records weave distinctive tales serving as a continual source of hope and love, to discover strength and hold faith through tough times, celebrate joyful times, and be a constant companion for all the complexities of our daily lives.”