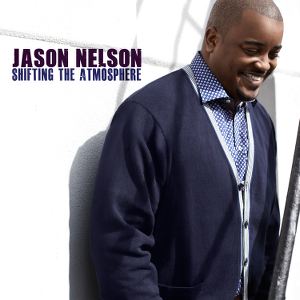 The album starts with a mid tempo groove track “God Is Good” and appropriately goes into “Jubilee”, a song that proclaims, “This is my year of jubilee, everything that was stolen is returned to me, very chain removed, I’m free, this is my year of jubilee”.  The aforementioned songs are a perfect segue into the next ten songs on the album, however, Nelson shines bright on songs like “No Words” featuring Leon Timbo, “Nothing Without You” and the good ole “Medley”, which will take you out of the realm of praise and worship straight into the familiar place of devotion.

The album’s first single, “Shifting the Atmosphere”, is already a chart topper on the airwaves but “Dominion” is a simple call and response song that completes this album. A simple song, the lyrics simply state: “Poverty, you have to flee, you no longer have dominion over me”. If I were an A&R rep, I would say that “Dominion” is destined to be the next single but only time will tell.

All in all, Jason Nelson’s latest project was well worth the wait and he is a great edition to the Verity roster.  If you don’t have this album in your collection yet, you are truly missing out. At $7.99 on iTunes, what do you have to lose?