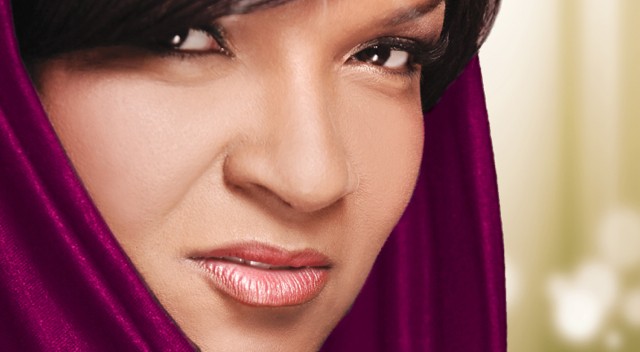 Baltimore, MD – Habakkuk Music recording artist Lisa Page Brooks has been in the studio for over a year working on her new CD “Ready” that is scheduled to release June 4, 2013. It’s the dynamic singer’s first project since her 2009 CD “Strong” that featured her Billboard Hot Gospel Songs chart #1 smash, “I Want To Say Thank You.” The Detroit-based singer is getting around. She’s featured in the June issue of EBONY magazine and she’s also a spotlight guest for the month of June on the nationally-syndicated radio show, “Serving Up Soul with Dorinda Clark Cole.”

The thirteen-song set is produced by Brook’s longtime producer/husband, Michael Brooks, a founding member of the legendary `80s contemporary gospel band Commissioned, and it takes its title after Brooks’ jazzy remake of one of the group’s 1989 fan favorites.  If you consider the state of our nation as a whole, the question `Will you be ready when Jesus comes/’ is so befitting, and thought provoking,” she says.

The new album features several though provoking moments.  Brooks sings about destiny on the finger-snapping radio single “God Thing” and seeks a spiritual revolution on the acoustic “Heal the Land.” There’s a Caribbean vibe on “Empower Me” and a funky soulfulness on “The Wonder.” She also offers her trademark church-wrecking theatrics on inspiring ballad “Love Somebody Else” and the hymn “Great Is Thy Faithfulness.”

The velvety alto also creates a neo-soul aura on “Going Home” and brings passion to mid-tempo favorites such as “More,” “I Love You” and “Triumph” (which features a vocal assist from Brook’s daughter, Tasha, who also did some of the backing vocal arrangements for the set). Brook’s son Justin also contributed to the CD by co-producing the soul-stirring ballad “Better Than Life” – Brooks’ first ever composition. Brooks adds, “My son has his own style but he knows my style and made sure I was comfortable.”

Brooks was a founding member of the Grammy Award nominated  `80s quartet Witness that created contemporary gospel hits such as “Clap Your Hands” and “Standard.”  Brooks launched a solo career in the late `90s and has enjoyed radio hits such as “God is Good,” “Waiting” and “I Want To Say Thank You.” For more information on Lisa Page Brooks or other Habakkuk Music artists, log online at www.habakkukmusic.com.