(Flowood, MS) – The Japan Mass Choir’s CD entitled “Powerful” (Living In His Body As One) on Lifeline Records / SRT Entertainment will be available in stores October 2. It made its debut and spent 3 weeks at #3 on Billboard’s Top Gospel Albums Chart.   “Powerful” CD is now available on iTunes!

The Japan Mass Choir’s initial visit to America was a tremendous success! They return once again for a promo tour Oct 12 – Oct. 19 performing in cities through 5 states, Tennessee, Georgia, Alabama ,Louisiana and Mississippi. (Cities and dates to be announced)

Witness the 1,000 voice, Japan Mass Choir, the world’s largest community choir’s debut video, “Powerful – Living In His Body As One”  now on YouTube. 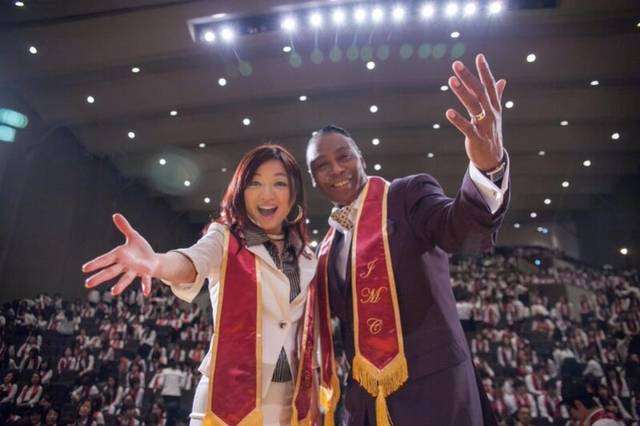 The producer, Jett Edwards and co-producer Jenna are making history, as this is the first time in the history of Japan or Asia, that a record and producing team has manage to produce a thousand-voice choir record release and U.S. Tour.

Edwards, CEO, a Tokyo based producer and Gospel Artist has worked with the Five Blind Boys of Mississippi & Alabama, Janet Jackson, George Benson, among others.  Edwards has partnered with Japanese Gospel entrepreneur Jenna, who runs the largest Gospel music school franchise in Japan with approximately 2000 members nationwide.

“I started my Gospel Music journey here in Japan using music to encourage people who were impacted by the 2011 Tsunami,” says Edwards, “and through our charity Believers Today, we would visit the devastated areas like Tohoku Ishinomaki and encourage them with songs.”

Powerful explains the message taken from 1Corinthians 1:12 and the rich cutting edge sound of the music. Feel like you need a little Power in your life, here’s where you get it. The CD is available through all the usual digital media outlets as well as the Believers Today and Japan Mass Choir websites.

Look forward to the release of the film DVD coming soon. 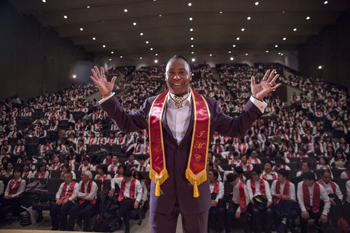 About Jett Edwards
Jett was born in King Mountain, North Carolina, grew up in a household of Professional Entertainers. His father, Hiawatha Edwards, was a renowned Gospel Singer. Jett learned how to play multiple instruments from him. He recorded his first record as a Bassist on one of his father’s CD as writer for his first recording at the age of 14, entitled Lonely Man recorded on Philly Sounds. Jett later became one of the first African-Native Americans to perform at the Grand Ole Opry, in Tennessee with The Five Blind Boys of Mississippi. The group won a Grammy Award the following year with Jett Edwards was Bassist for the Group. Jett has Produced – Executive Producer, Managed, written for or performed with: Dionne Warwick, George Benson, Janet Jackson, Dianna Ross, Isley Brothers, K C & The Sunshine Band, Crusaders, Chaka Khan, Gap Band, Edgar Winter, Temptations, Latoya Jackson, and others.