Over the last few months, Gospel Music has been at the forefront, whether good, bad or indifferent. Right at the top of the year, revered gospel artist, Kim Burrell, was under high scrutiny due to her fire and brimstone preaching about homosexuality. Her starch preaching led to her being cancelled from performing on the Ellen Degeneres show with multi Grammy® award winning artist and producer, Pharrell Williams. Burrell was also set to be honored by music publishing powerhouse, BMI, for their 17th Annual BMI Trailblazer of Gospel ceremony, alongside Marvin Sapp. Needless to say, Sapp was the only honoree. There was even some Oscar buzz for the Pharrell/Burrell performed song, “Victory” from the critically acclaimed movie, “Hidden Figures.” 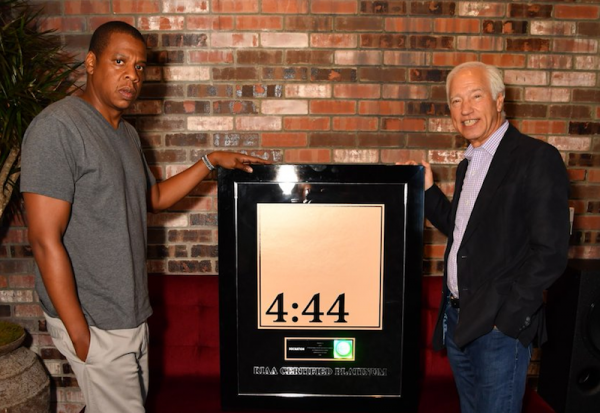 After just one week, Jay Z receives a platinum plaque (which commemorates 1 million sales) for his latest album 4:44, which features a sample of the Clark Sisters “Haya” on the song “Family Feud”.

Although Gospel music took a bit of a hit at the start of the year, Summer 17, has proven that Gospel is a genre that everybody wants a piece of. The Clark Sisters is probably one of the most successful and respected Gospel acts of all time. The likes of Beyoncé, Missy Elliott and Xscape, all name the Clark Sisters as heavy influences. Still and all, it was a bit of a surprise when rapper and almost Billionaire, Jay Z, sampled a B side song entitled “Ha-ya” from the quintet’s “Is My Living In Vain” for his song “Family Feud” from his already platinum album, 4:44. It’s so funny because social media was on fire, as mostly Christians and Gospel Music lovers were up in arms about somebody like Jay Z singing over a sacred gospel beat, when in fact, I have been practically begging Gospel artists to begin sampling other gospel artists music, in an effort to build up the genre and keep it relevant. So yeah, the Jay Z record is hot and The Clark Sisters have every right to be happy, especially Twinkie, seeing as that she wrote the song and will receive some hefty publishing checks as a result. Have we forgotten that this same Gospel Music community ostracized Mattie Moss Clark and The Clark Sisters for singing at the Grammys in the 1980’s? 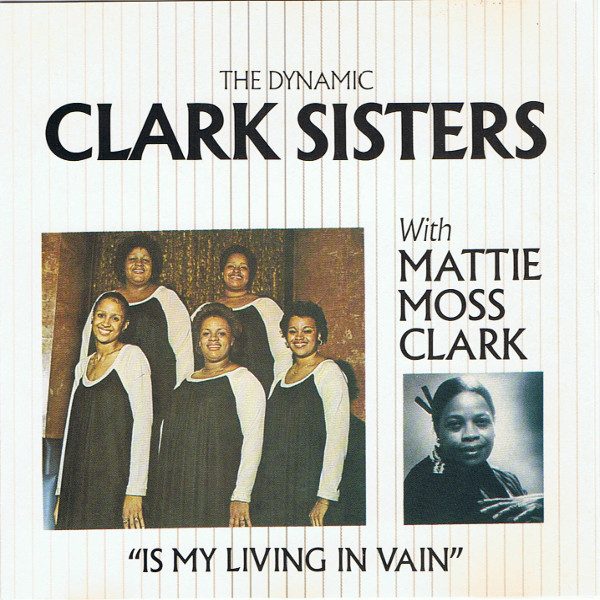 The Clark Sisters critically acclaimed 1980 album, “Is My Living In Vain”.

Another multi-platinum Hip Hop artist by the name of Calvin Broadus, better known as Snoop Dogg, is also making headlines for not only making a gospel song, but an entire Gospel album! Now some may wonder, how can a former gang member and someone who once proclaimed a “187 on an undercover cop,” also proclaim the message of Jesus? Philippians 2:10 states “That at the name of Jesus every knee shall bow and every tongue should confess that Jesus is Lord.” Who are we to judge who should confess that Jesus is Lord? Not to mention, every song that I’ve heard on Snoop’s social media is hot and proclaims the message of Jesus with clarity and precision. As of today, Snoop has 18.3 million Instagram followers. Can you imagine if just one third of his followers bought his album and was introduced to Jesus because of Snoop? God can use anybody..he used a jackass in the scriptures for crying out loud (2 Peter 2:16)!

Essentially, we are in a day and time where Hip Hop runs the world and now that we have artists like DJ Khaled who used Marvin Sapp’s “Never Would Have Made It” and even the music video for Jay Z’s album title track 4:44 begins with a young Miles Caton singing the Nina Simone classic “Feeling Good”. Miles, who is the son of producer David Caton and one of the east coast’s most treasured gospel voices, Timiney Figueroa, is a chip off the old block, with his seamless vocal ability that is sure to take the world by storm.

Check out Miles Caton in the Jay Z’s latest music video for the song 4:44

The ugly truth is that although we claim to love and support Gospel music, we really don’t. The moment someone does something different like what Kierra did with “Reppin My God” or what Erica Campbell did with “I Luh God”, we shun them and say it’s not Gospel. How soon we forget that when “Precious Lord, Take My Hand” was written by Thomas Dorsey, that was also shunned b the church a not being God’s music. And let’s not even talk about “Oh Happy Day”…that song was considered blasphemous in 1969, until of course everyone had no choice but to embrace it. Now, no gospel artist in the world can go overseas without singing the Edwin Hawkins classic.

Ironically, gospel fans were recently up in arms when Lecrae accepted his BET Award for Best Gospel/ Inspirational artist when he said: “Everybody in that category is a true Gospel artist, I’m just a rap artist they let in to inspire people and I’m honored to do that.” Clearly his words were totally taken out of context, as I’m sure he meant that next to artists like Tamela Mann, Kirk Franklin and CeCe Winans, he’s a rapper, not a gospel artist.  Furthermore, why are we so quick to claim Lecrae as a gospel artist anyway when we don’t play his music on any of our gospel radio stations, buy his music or attend his concert tours?

This is not a missive to be dismissive of the Gospel Music fan, but more of a wake up call to the gospel music enthusiast to remind you that if you really love the genre like you say you do, support it by streaming, buying, attending the concerts and promoting fellow artists. To the gospel artist, be more innovative, creative, bold, transparent and most of all, nice! Instead of competing, let’s collaborate more and move the culture like other genres do. But if you have a problem with Hip Hop artists embracing the gospel, you need to ask yourself, are we doing what we’re supposed to be doing?

I have one question, Where are the Gospel Gatekeepers now?