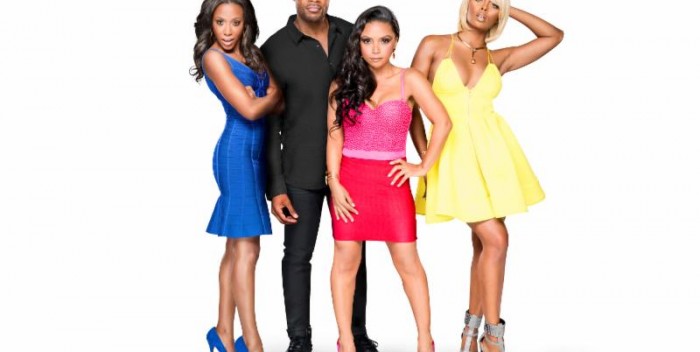 Tuesday, Feb. 9, TV One’s  new multi-generational comedy Here We Go Again, about three generations of women whose lives are upended after a series of events sends them along an unexpected journey, premieres at 8 p.m. ET. The half-hour series follows Maddy (LeToya Luckett), a single mother and successful lawyer who is convinced there is a “Walker Women’s Curse,” after being born to her mother, Loretta (Wendy Raquel Robinson),at age 16, and having a child, Shante (Kyndall Ferguson), herself at the same age.
Throughout the series, Maddy refuses to let her daughter, Shante, now approaching her dreaded 16th birthday, become the next in line. Though on a professional high and having fun dating Cedric (Travis Winfrey), on the night of Shante’s Sweet 16 birthday, old feelings resurface for her high school sweetheart and Shante’s dad Victor (Andra Fuller). In a moment of weakness, they have one more steamy night. Maddy becomes shocked when at the age of 32 she discovers she is pregnant by Victor – again.

For promo clip of