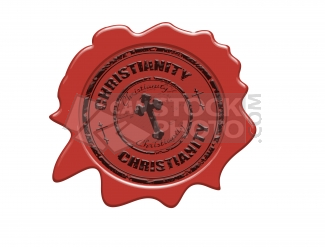 In the 20 months since Root Magazine has been in existence, this is the first time I have used my site as a platform to get my point across. Usually, we here at Root make it our business to give you the news that you want and highlight the gospel artists that you love. However, this time, I felt compelled to address a certain situation.

On Sunday evening I logged on to UStream to view the Concert/Wake for Deidre “Dee Dee” Showell (Sister of Dr. Carolyn Showell). On the right hand side of the screen was a chat thread that you can log into to pay your respects…or so I thought. As I logged into this chat, there were about 400 other people logged in as well and as the night progressed more and more people joined this chat. As different artists and choirs began to minister at the service, this chat felt more like a roast than it did a wake for a beautiful woman of God. Of course there were a few “We will miss you Aunt Dee Dee” and “This is a beautiful service” comments, but for the most part, many people used the chat as a means to tear people down, calling some of the artists faggots and queens, expressing dislike for some of the people speaking  and even going as far as to comment on the outfit the deceased had on in her casket. Now, I am not one for confrontation, but I felt it was my duty to at least chime in and let the masses know that some of the things they was saying was out of line and although some were receptive and toned it down, others continued to spew negativity! To make matters worse, someone with the login name of “Atheist” decided to join the chat and ruffle everyone’s feathers. “Atheist” went on for awhile about how we “Christians” are naive and we need to really take a look at Science and do away with Christianity. Many people ignored him and some offered prayers, while others spit back the same fire he was offering. Then out the blue the camera panned the casket and “Atheist” began apologizing profusely because he didn’t realize it was a funeral service going on.

This is when I started to realize that we as Christians have to do better! If an atheist had the sense and compassion enough to respect the deceased, why did the negative comments continue to saturate the chat? Again, I decided to speak my peace but some people had their own agenda, hiding behind their login name and tearing people down just to make themselves feel better. At that point I decided to just log off because I felt myself stooping to their level; spewing the same venom just to get my point across. It was at that very moment for the first time in my life, I was embarrassed to be a Christian. It’s equivalent to being on a train full of Caucasian people and a group of black teenagers get on the train with their pants sagging, cussing and carrying on, you feel a sense of embarrassment because you are of the same race. Of course that feeling has since passed but I really had to pray hard. I am not standing in judgement as I am far from perfect, but I have always been taught to respect the deceased. Although modern technology allows us to see concerts, conferences and home going services via the web and we have the opportunity to interact with one another, we should use that tool wisely.

2nd Chronicles 7:14 states “If my people who are called by my name, will humble themselves and pray, seek my face and turn from their wicked ways, then I will hear from heaven, and I will forgive their sin and will heal their land“. God can never bless us with the abundance if the people who bare his name (Christian) refuse to turn from their wicked ways. How can we win souls if people in the church can’t act accordingly? I can only imagine how many people attached to that thread were not from church and just sat back and watched all of this transpire. We as Christians have become so complacent with our Christianity that we no longer have regard for things that are sacred. If God is coming back for a church without a spot or a wrinkle, then the Church of Jesus Christ should be very nervous…