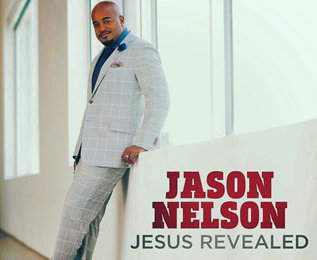 Isn’t it ironic how that Gospel music was a genre of music intended to spread the name of Jesus Christ, yet over the past few years, most of the songs you hear on gospel radio have replaced “the name that is above every name” with songs about favor, prosperity and life situations. Enter, Jason Nelson’s Jesus Revealed, a 15-song set of songs that boldly puts Jesus in the forefront with prophetic lyrics, strong vocals and top notch production.

It is no secret that Jason Nelson is one of the best male vocalists of our time and one of my favorite. That aside, Jesus Revealed is one of those albums that you can listen to straight through. Producer, Dana Sorey masterfully captured the energy of the LIVE recording and put it on record. Not every producer has the ability to do that. The album’s first single, “I Am,” is the #2 most played gospel song in America and is a preface to the flow of the rest of the album.

With an album of this caliber it is hard to pick a favorite song, although a song written by Darius Paulk (Nobody Greater), entitled “So In Love,” is a pleasant surprise and could possibly be a fan favorite. But songs like “Never Ending Worship,” “The Lamb,” “I See The Lord” (featuring Tasha Page- Lockhart) and “Can’t Stop Calling” is Jason Nelson in his element. Jesus Revealed is a complete body of work and Jason Nelson’s best album to date. This album proves that Jesus is still popular and it is most definitely revealed on Jason Nelson’s latest collection of songs. 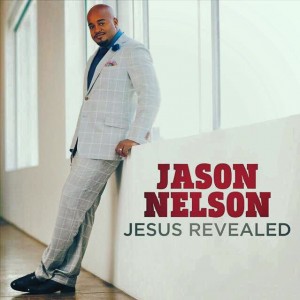