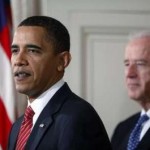 At 11:39 am this morning, the #1 trending topic was Miley Cyrus while the #2 trending topic was Health Care. This goes to show that celebrity in America surpasses the more important things in life such as health care. 32 million Americans do not have health care  insurance and in one of the richest countries in the world, this is unfathomable.  The house agreed to a previously passed senate bill, narrowly getting the number of votes necessary for passage. However, as of last night (March 21), that has all changed. Australia, New Zealand, Ireland, Switzerland and Canada are just a few countries that are strong democracies and enjoy high levels of economic freedom. “In addition to enjoying high levels of economic freedom and high levels of democracy, all five of these countries have systems of government-controlled health care. Australia’s Medicare system is supported by an income tax. New Zealand has public hospitals where residents can be treated free of charge. Irish residents can receive free health care through the Health Services Executive, which is supported through taxation. Residents of Switzerland are legally obligated to buy health insurance, with government subsidies available. Canada has a publicly funded health care system that enjoys wide popular support”. (Forbes, 2010)

So what is it that has the American people so uptight about providing everyone with free and affordable health care? It really baffles me that so many of the American people think that President Obama is bringing us down by approving this health care reform bill, when in fact he is protecting us. Many skeptics are suggesting that albeit free, the quality of health care in the aforementioned countries may be detrimental but this could not be further from the truth.  All of the previously mentioned countries have lower rates of infant mortality and longer life expectancy than the United States. This in itself speaks volumes because it proves that in America if you don’t have health care or have a pre-existing illness, you are left out in the cold to die!  So instead of throwing stones at our president, we should be applauding his efforts for caring for everyday American citizens.