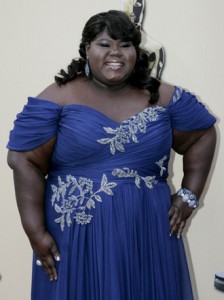 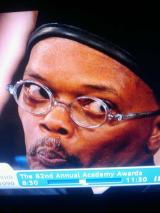 The 82nd Annual Academy Awards was very eventful to say the least. The red carpet arrivals were one of the best in recent years if I may say so myself. Some of the fan favorites were Queen Latifah, Jennifer Lopez, Sarah Jessica Parker, Meryl Streep and everyone’s favorite girl, Gabourey Sidibe. In my opinion Zoe Saldana was one of the best dressed women but who am I? Mo’Nique’s dress was over-rated but her performance in “Precious” was not, which could be the reason she won for Best Supporting actress. Way to go Mo! Boy oh boy is her fee about to go up or what?!?!? Is it me or was Samuel L. Jackson hating on Mo’Nique? HE shot himself in the foot because homeboy was caught on camera with a dumb look on his face. Black people can’t seem to show love to one another and that is why we can’t get ahead…bottom line! He should have been up on his feet praising her for doing a magnificent job but instead he was sitting down probably wondering why he did not get an Oscar yet. Newsflash Samuel L…. It aint your time yet bruh and until you are happy for the next person, it will never be your time! Enough about that. Now although we all wanted Gabourey to win, I knew that Sandra Bullock was going to win for “The Blind Side” and rightfully so. The truth of the matter is, Gabby’s life has forever changed! Only in America can a first time actor off the street be nominated for a Best Actress award going up against 17 time nominee, Meryl Streep. What a success story. Overall the show was about a C+ because let’s face it, if Mo’Nique, Gabourey and Lee Daniels was not nominated, would we have been that interested? However, my black people are making strides so as long as we stop hating on eachother, many more will follow Hattie, Sidney, Denzel, Whoopi, Morgan, Cuba, Forrest, Halle & Jennifer!

Best Actress in a Leading Role
Sandra Bullock
The Blind Side

Best Actress in a Supporting Role
Mo’Nique
Precious: Based on the Novel ‘Push’ by Sapphire