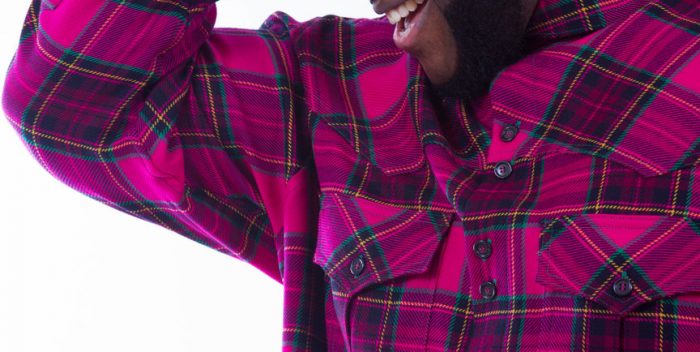 Ellis is extremely talented, having made it into the Top 3 during the all-star season of BET’s hit gospel singing competition, Sunday Best. Zebulon captured the hearts of many as he competed on the top-rated series week after week. Despite not winning, Zebulon is extremely hopeful about his burgeoning career in gospel music.

Greg “Uncle G” Lyons, president and CEO of Uncle G Promotions and Entertainment, is an invisible and invincible force behind the success of a wide range of artists in popular music, from R&B/rap to gospel music.  Widely recognized throughout the industry for his extraordinary success in promoting and marketing a diverse range of recording artists, his full service company also offers radio promotions, artist management, and concert and church bookings. Lyons worked with the Music World roster including Le’Andria Johnson, Brian Courtney Wilson, Trin-i-tee 5:7, Micah Stampley, Joshua Rogers, and Elder Goldwire McLendon to name a few. In July 2014, Lyons launched Uncle G Records signing his first artist, Alexis Spight. Lyons thanks his wife Tiesha and his three kids Gregory, Amor, and Amir.

Zebulon Ellis is made of music. A powerhouse vocalist with stunning delivery, this bona fide “Church Boy” leverages the power of music and his incredible God-given talent–not for celebrity and personal glory, but for the opportunity to minister and walk out his calling. The Morehouse College alum jumpstarted his career by co-founding music group Dunamas in college and hasn’t stopped since. An East Point, GA native and son and grandson of Baptist preachers, Zebulon was prepared and destined to walk in all that God had for him, and he’s put his unique gifts to use appearing in films like The Fighting Temptations and on television shows such as TBS’ The Conan O’Brien Show and Bravo’s I Dream of NeNe. Most notably, he was a finalist on BET’s hit show SUNDAY BEST and later a runner-up on an All-Star season of the program. As part of his ministry of music, Zebulon is passionate about doing the Lord’s work using the talent he’s been given. An overcomer with a testimony of defeating abuse, low self-esteem, and bullying, he knows that he has been purposed with helping others to see past their circumstances to the glory of the destiny in God’s will for their lives. With the release of his 2015 EP LIFT, including fan favorites “Breakthrough” and “Glad”, Zebulon is more ready than ever to walk into the fullness of his calling as an artist, allowing himself to be used one song—but many hearts—at a time.