It was a clear 80 degree Saturday and while thousands were riding roller coasters, there were thousands more at the Northern Star Arena praising the Lord with gospel giants, Ricky Dillard & New G and Marvin Sapp. The show was presented by Cynthia Smith (Assistant Program Director) and Skip Dillard (Program Director) of New York’s #1 Gospel Station, WLIB and hosted by on air personalities Liz Black and award winning singer, pastor and WLIB radio host, Bishop Hezekiah Walker. 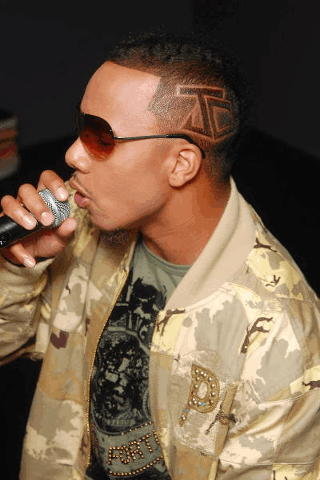 The show got off to a fast start as show opener gospel rapper T-Wyse, got the crowd going with his high energy a and unique rap style. As he performed one of his biggest hits, “Heaven”, he told the crowd “Y’all look too cute. god got ugly on the cross so you can look cute”. Many people in the crowd was singing along with the Philadelphia native as it is evident that the rapper has made his mark in the northeast.

Next up was multiple Stellar award winner and master crowd motivator, Ricky Dillard & New G starting off their set with their new single “God is Great”. Naturally they did not disappoint with their powerful vocals and notable showmanship, Ricky & New G offered up a string of their classic hits such as: “Take Me Back”, “Search Me Lord”, “More Abundantly”, “The Blood”, “Our Father, You Are Holy” and a Lillian Lloyd medley of “My Soul Says Yes” and “One More Chance”. The anointing was so heavy that the headliner for the evening, Marvin Sapp, left his dressing room and watched in amazement from the side of the stage.

Considering the atmosphere was already set, it did not take much for the headliner of the evening, Dr. Marvin Sapp, to get in worship mode as he breezed through his 15 year repertoire of songs like “One Thing”, “Praise Him In Advance”, “Fresh Wind”, “Best In Me”, and even a surprise snippet of “God Favors Me”. At this point, Sapp had the crowd just where he wanted them…in praise mode and he took them straight to church with the old hymn, “I Know It Was The Blood”. At this point the crowd was in full worship mode and Sapp could have just left the stage, however, the words “Never Would Have Made It” blared from the speakers, turning the Northern Star Arena upside down just like the Superman ride steps away..