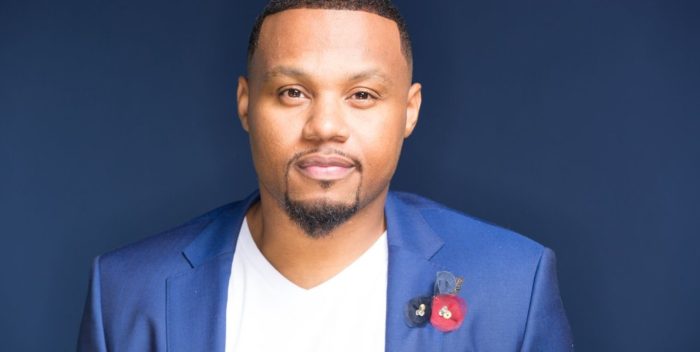 The striking album cover depicts the singer comfortable and confident in his element – surrounded by worshippers and standing strong in the midst of the overwhelming goodness of God.

Your Great Name is scheduled for release on January 19, 2018. It will be Dulaney’s third full-length album. The first single, the title track, continues to build an audience at Gospel radio.

Featuring such standout tracks as “King of Glory” and “Stand Forever”, Your Great Name vows to touch the hearts and lives of all who hear it. The album embodies the common thread of Dulaney’s music: invite listeners to worship, ignite bold confessions of their faith, and incorporate musical elements that reflect an array of cultures.

“I want everyone to be drawn to my music, no matter what their background is,” says Dulaney. “My hope is that I will be successful at pointing people to Jesus. That is my goal and that is what I want my legacy to be.”

“Todd’s personality is infectious and that same guy is the one who ushers you to the presence of God. Without the heart, the songs are just words on paper. Todd’s heart and enthusiasm for Jesus shines through with each song and he makes you want to grab your piece of what he’s holding on to”, says Gina Miller, VP and General Manager, eOne Nashville

Todd Dulaney has delivered some of the biggest worship anthems of the past three years with his remake of the Planet Shakers’ CCM hit “The Anthem”, and “Victory Belongs to Jesus”, which Dulaney penned. Dulaney’s sophomore album The Anthem, and its debut single of the same name both went to #1 on the Billboard charts, resulting in Dulaney being named Billboard’s New Gospel Artist of the Year in 2016.