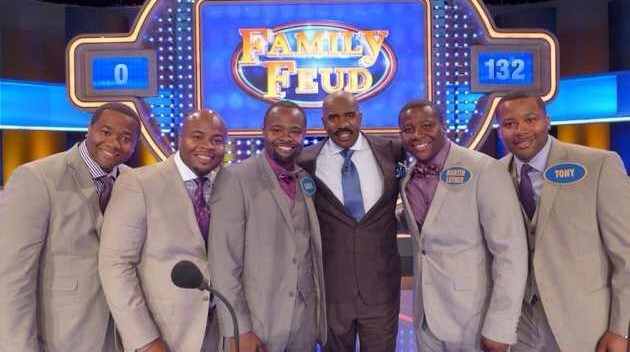 There’s no question that The Wardlaw Brothers (TWB) are indeed a close-knit family! The five biological brothers have been one of the most visible and sought after male groups in Gospel music over the past year. Tony, Martin Luther, Jamie, Carl and Rodney have a tight bond that reflects in their precise vocal harmonies and passion for ministry, but the brothers will soon be feuding! After their recent 10-day international tour of the United Kingdom, TWB has returned to the states and will be appearing on the popular American TV game show, The Family Feud with host Steve Harvey.
You can tune in and watch The Wardlaw Brothers have fun and battle it out on The Family Feud airing nationally on Nov 18 and Nov 19. Check your local listings for time and station networks at www.familyfeud.com

TWB’s brotherly charisma, stylish swagger and vibrant personality where a big hit with Steve Harvey and the live studio audience. The brothers were also granted a bit of extra time to showcase their a cappella skills for Harvey. Watch the video clip↓ 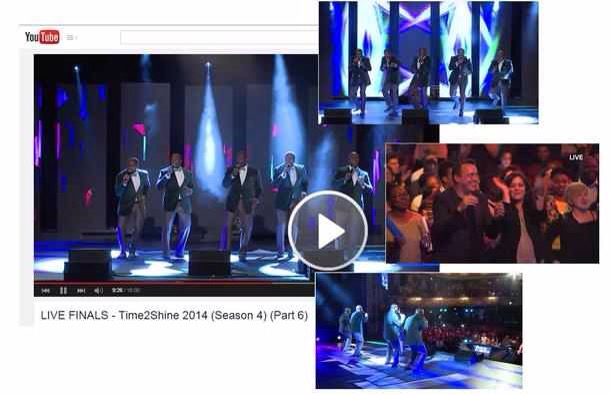