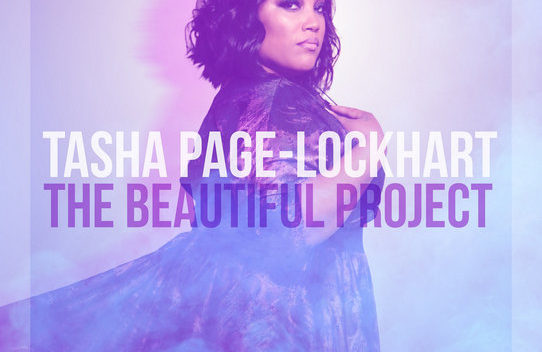 Featuring Lead Single “Over and Over,” 10-Track Sophomore Album To Be Released On Friday October 20th, 2017

Dallas, TX (September 15, 2017) – Stellar Award-winning hit artist Tasha Page-Lockhart unwraps her highly anticipated upcoming sophomore album THE BEAUTIFUL PROJECT (Fo Yo Soul / RCA Inspiration), available for pre-order now.  Featuring her rising lead single “Over and Over” available as an instant grat track, Page-Lockhart releases the album cover and song list today for the 10-track project, which will be out on Friday October 20th, 2017.

Following her win on BET’s hit competition series Sunday Best and release of her hit debut album Here Right Now, the vocal stunner takes her sterling voice and artistry to new heights on THE BEAUTIFUL PROJECT.  Creating a musical explosion of inspiration, balladry and gospel, Tasha Page-Lockhart showcases her songwriting and producing talents on the majority of the album, as well as collaborating with Gospel forces such as Myron Butler, Bryan Popin, AyRon Lewis, and her husband Clifton Lockhart, among others on the production.  The album’s executive producers are Kirk Franklin, Ronald Hill, and Phil Thornton.

Sharing messages about God’s unwavering love and personal testimony on her album, the Detroit native continues to build a powerful ministry stirring listeners around the world.  Led by the piano-driven sound and smooth vocals on the introspective “Over and Over,” among other highlights on THE BEAUTIFUL PROJECT are “When I Think,” “Beautiful Savior,” “I Got Joy,” and more.

THE BEAUTIFUL PROJECT is available for pre-order now via digital retailers: http://smarturl.it/BeautifulP

For additional information and the latest news on Tasha Page-Lockhart, also visit: