The 25th Annual Stellar Awards kicked off at the Grand Ole Opry in a major way as the Silver Anniversary show opened up with two choir masters- Ricky Dillard & New G and Hezekiah Walker & LFC. Ricky and New G did two of their biggest hits, “More Abundantly” and “Search Me Lord” while Walker & LFC did two of their biggest hits- “I Need You To Survive” and the Estee Bullock penned “Souled Out”. The show only went uphill from there as the show seemed to be a Greatest Hits/Collaboration themed show with performances from Tramaine Hawkins, Dottie Peoples and Shirley Caesar, Smokie Norful & Richard Smallwood going head to head on two baby grand pianos, A reunion of Kirk Franklin and The Family featuring David & Tamala Mann and a stirring performance by Donnie McClurkin, Byron Cage and Marvin Sapp that will leave you speechless! The big winner of the night was none other than Hezekiah Walker who received five out of six awards, including artist of the year. Mary Mary followed with four Stellars. For a full list of winners and air dates in your city go to: www.thestellarawards.com

Hezekiah Walker with 2 of his 5 Stellars! 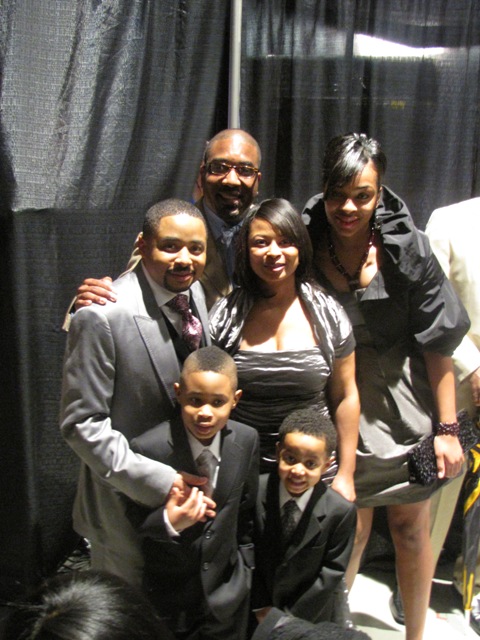