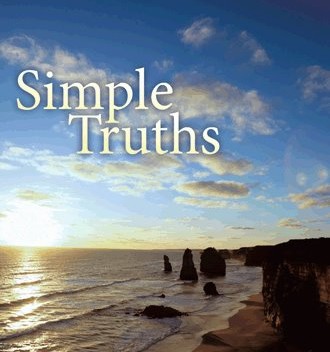 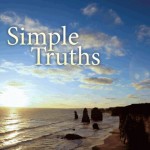 Dr. Jacquelyn Golden gives us insight on “Simple Truths” that are a matter of life or death.

Root: Why should people read the book “Simple Truths?”

Jacquelyn Golden: It will help them avoid many pitfalls in life. The book will give them a glimpse into the life of a contemporary who is using today, what worked for the first-century Church and getting the results (what better way to bridge the gap).

Root: Your book “Simple Truths” is so enlightening and such an easy read. What prompted you to write this book?
Jacquelyn Golden: When I hit the brick wall of life where nothing was working for me, according to what I was told and according to what the Bible said, I confronted God. I said to Him, “Either you’re real or you’re not–now show me where I am missing the mark.” This is when the Holy Spirit said to me, “I’ve been waiting for you to get to this point.” That is when the journey to discovering who He really was/is truly began. It became crystal clear that I lacked some basic knowledge, which resulted in misaligned expectations. It was then that I promised to share what “worked” for me with anyone who would receive. As I ministered in the workplace and various churches, I noticed that some were like I was–they didn’t know these simple truths. I committed to sharing my experience and findings. Since I have no children of my own, writing the book is my way of leaving a legacy for my nieces and nephews.

Root: Do you think that there is so much turmoil in the world because people simply don’t adhere to some of those “truths”?

Jacquelyn Golden: I believe there is turmoil for several reasons:
A) Many do not know these truths, and are therefore, incapable of applying them.
B)Many that do know the truth choose the easy route of life instead of remaining ENGAGED in the faith process. In short, they either give up or compromise.

Root: You were considered to be a “Believer who did not believe”. Are there many people in Christendom like that?

Jacquelyn Golden: I cannot give an exact statistic, but the state of our world by default gives strong indication. We believe enough to get saved; but, many of us never move beyond the cross and enjoy the additional benefits that salvation brings-power to change our environments and the atmosphere.
Root: What’s the solution?
Jacquelyn Golden: If each one who is truly manifesting God-desired results in his/her life chooses to commit to discipling at least one individual at a time, and that one disciples another, and so forth, we could put a dent in the number of people perishing for the lack of knowledge. It takes time and commitment.

Root: What has the response to this book been like?

Jacquelyn Golden: It has been overwhelming! Initially the book was written for me to get it out of my system but it has become the “choice” book for book clubs and study groups; pastors are using it in discipleship and new members’ classes, and invitations to speak in both church-based and non (church-based) functions are increasing. Many have expressed that it makes for an excellent study guide that is easy to read and complete in a short length of time.
About Dr. Jacquelyn Golden 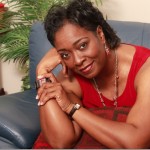 Dr. Jacquelyn D. Golden is a sought-after minister of the Gospel, motivational speaker, consultant, entrepreneur, and author.  She is noted for speaking Holy- Ghost inspired, life-changing revelations, often unaware.   The impact of this ministry expression has helped not only those in the church but has influenced major fortune 500 companies and educational institutions in how they do business.  A native of Clarksdale, MS, by way of Syracuse, NY and now residing in Aurora, IL, she has made Kingdom marks upon the lives of many.

Her mission is to change lives one TRUTH at a time.  Her life goal is to be a vessel through which understanding of God’s word is transmitted to all who will hear and receive.

Author Jacquelyn D. Golden was almost destroyed because she lacked knowledge of some very basic, simple truths about God and had relied on what others had to say instead of immersing herself into study of the Bible. He rescued her just in time! She encourages you to study the Bible. There are principles that, when applied, can save you in all walks of life.

Purchase Simple Truths where ever books are sold. You can also go to amazon.com, barnesandnoble.com, westbowpress.com or visit simpletruthsministries.org