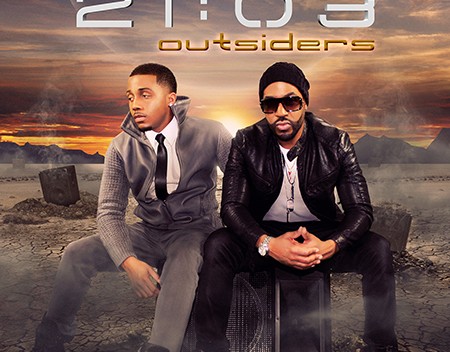 THE MILLENIAL GENERATION HAS SPOKEN! “OUTSIDERS” IS A HIT

“We are extremely proud of the effort put fourth by 21:03. Their new project speaks to heart of Christian believers of all ages.  The success of this album reassures us that gospel music is not a dying genre, as some are led to believe,” said Walter Kearney, of PMG Gospel.

Released via PMG Gospel, 21:03’s fourth album has been one of the most talked about and anticipated releases all year. The duo recently completed two national TV appearances.  TVOne will air their participation in the 30th Annual Stellar Gospel Music Awards on April 5, 2015. Additionally, 21:03’s opening performance at the 2015 AllState Gospel Superfest will begin airing regionally on local network TV this weekend (NYC: 4/4/15- 1P EST/ Chicago: 4/12/15- WCIU-26). PMG Gospel artist J Moss will close the broadcasts of the 2015 AllState Gospel Superfest with an outstanding performance of music lifted from his number one album, ‘Grown Folks Gospel.’

One factor credited for the success of the new project is the innovation of the each album track having a visual. PMG Gospel strategically released visuals for the album tracks, “A Friend,” “Brand New Day,” “Priority,” “Square Circles,” “Nobody Bigger,” and  “I’m Gonna Make It.” Each music video premiered on a separate media outlet, maximizing it’s exposure. RapZilla.com partnered with PMG Gospel in launching the visual for the iTunes bonus track, “Nobody Bigger.”

PMG Gospel has found a unique way utilizing grassroots marketing and publicity techniques during an era in which retail stores have reduced the amount of gospel music available for consumers. “The number one debut of 21:03’s fourth album is a clear indication that gospel music lovers have buying power. I can only imagine the barriers 21:03 can break down if they have greater radio play,” says J Moss.

Outsiders by 21:03 is available in stores and online now. “Outsiders,” features 8 audio-only tracks, including the bonus iTunes and Amazon.com track, “Nobody Bigger.” 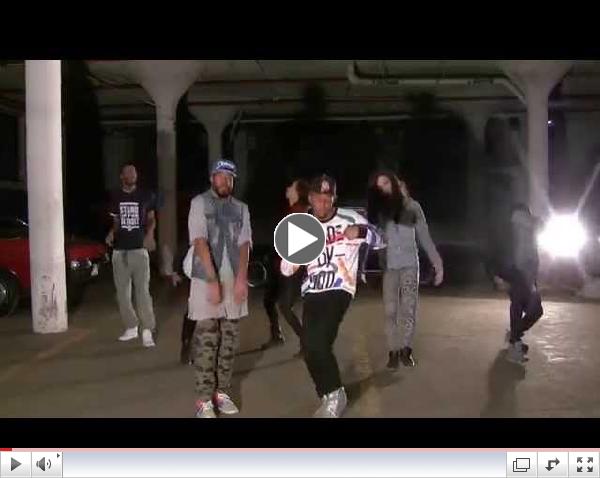 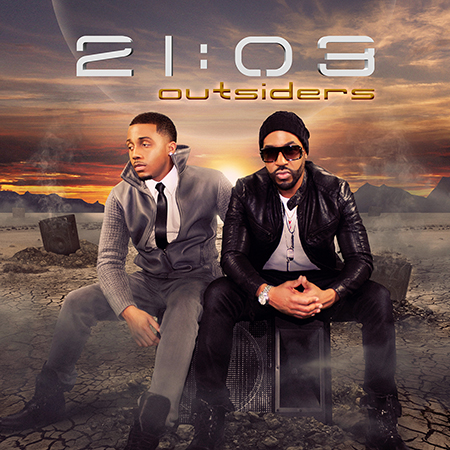