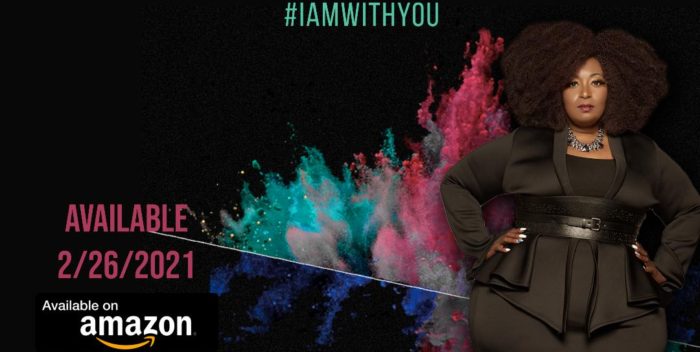 I AM WITH YOU AVAILABLE TODAY FOR PRE-ORDER

PHILADELPHIA, PA (FEBRUARY 19, 2021) – Tameka Ferebee is one of the most sought after musicians in the City of Brotherly Love, Philadelphia. Tameka and her sisters, The Ferebee Sisters, are often referred to as “The Clark Sisters of Philadelphia” due to their singing style, flair and musicianship. In 2016, Ferebee released her debut EP entitled: He Can Do It All, which was produced by Grammy® winning producer Vidal Davis (Michael Jackson, Mary J. Blige, Usher, Jill Scott). Now she is back with a beautifully written and masterfully interpreted new single entitled I Am With You.

The upcoming single, which will be released on all digital platforms on February 26, is a very personal song for Tameka, as she wrote the song from a place of her being a singe mother and God still being with her every step of the way. I Am With You is not just a song but a declaration from God to his people, no matter what the situation.

To show Tameka that you are with her, all you have to do is:

Get Social with Tameka