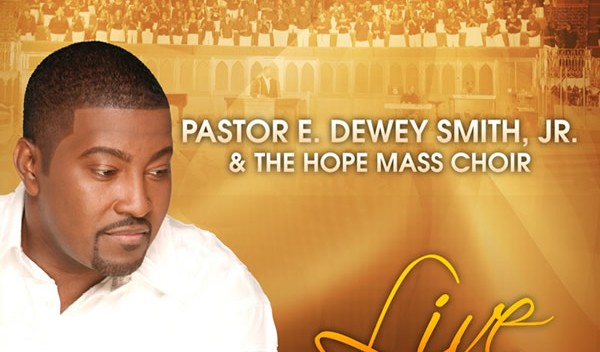 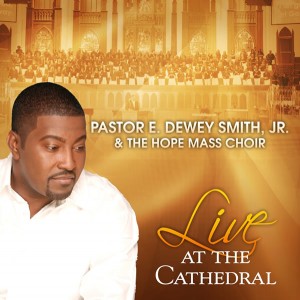 As pastor of one of Atlanta’s largest churches, Pastor E. Dewey Smith is making great strides at leaving his mark in the Christian community. He is a young man making a difference with his preaching and surprisingly, his singing ability. The Hope Mass Choir released their debut city last year and it was actually one of this year’s best kept secrets. Find out what kind of music Pastor Smith likes, what he thinks of the current state of gospel music, who he says are the real supporters of the church financially and more in the interview below…

Root: For the past six years, you have been the pastor of Greater Travelers Rest Baptist Church.

Smith: I started pastoring there in January 2004, so this is actually my seventh year. Prior to moving to GTR, I served at Beulah Land Bible Church in Macon, Georgia. I was there for 14 years.

Root: I hear that since you’ve been here, the membership has quadrupled in numbers..

Smith: I follow a pastor who served for 47 years. GTR is an ultra, ultra conservative church as was the custom of that day and it made for an effective ministry at that time.  So I was a little different because of my age. About seven years ago the average age was about 62. The pastor prior to me …his approach to ministry was very traditional in terms of worship style. You know he was almost 70 years old at that time so they didn’t have drums, organ, a praise team or a praise and worship leader. That was not their approach. I’m not saying one is better than the other, but my approach is totally different from what they’ve been accustomed to. The church never had drums, guitar or synthesizer in their edifice and when I became Pastor, we got drums, organs and monitors in the pulpit, we were on television and we did our first recording. It just shows how things can transition. Another difference is, the vision is different. I think what happened was that the younger generation, the ministry just was not as relevant to them as it was to the older generation because of the style of worship. So we had about 2,100 on roll and 400 active when I got there and now it’s about 8,500 now.

Root: What’s the difference between pastoring an older congregation compared to younger one?

Smith: It is very different. When I was pastoring the church in Macon, that church grew from 40 to about 4,000 and those young people would shout you to death, worship, praise, lift their hands and dance all through the service. However, they would dance right by the offering plate. My last year at that church was in 2003 and with 4,000 members we raised 1.5 million dollars in tithes and offering. While in 2003 here at Greater Travelers Rest, 386 givers gave 1 million dollars.

Root: So it’s a big difference..

Root: So you do the math, right.

Smith: I’m not saying everything is numeric. But I’m saying, older people are going to be committed. They’ll tell you, Rev, when you’re dead and gone this church will still stand and we’re apart of this church. Young people, we are most personality driven, old people are mostly institutional driven, so they are apart of the church.

Root: So you definitely need that mixture.

Smith: Yes sir. When you go to their houses, many of them still have big pictures of John F. Kennedy, Martin King, and Robert Kennedy on the mantle piece. They have been living in the same house for 30 years, driving the same car and not hurting for money. They are going to be committed to the organization, going to convocation in Memphis, Church of God in Christ.  They are apart of their institution.

Root: Last year you released your first musical project, Live at the Cathedral. Its like good old- fashioned church choir music. What made you want to stay in that lane rather than go contemporary like so many others?

Smith: This project is more of the worship side of ministry. But for me, what I noticed is that there’s just not enough. Everything you hear on the radio is just so urban. Other than Ricky Dillard or a few other people, you don’t hear too much choir music on the radio. Programs such as Verizon’s How Sweet the Sound has really brought back an emphasis and it shined the light back on choirs. When I grew up in church as a choir director, we had concerts and the choir would take trips. You would listen to Milton Brunson, Wilmington Chester, Mississippi Mass, Clay Evans and L.A. Mass. It was major, man! It was exciting for choir music. But then as church became more adept, you found more worship and less emphasis on choirs. I guess it was not as radio friendly, so rarely will you hear music in the top ten from choirs. I still love choirs and most churches still have choirs. I always liked cutting across the grain when everybody is doing something else. It’s simply a dying breed, like we are losing our choir core. But when Verizon’s How Sweet The Sound and Donald Lawrence brought the tour to Los Angeles to a crowd of 20,000 at the Staples Center, you could feel the thickness in the air. I had a conversation with Rickey Smiley, who is a very good friend of mine. We had a conversation about some of the guys, like Steve Harvey and others. They were like the only problem we have with some of these gospel artists is that when they are on shows like BET or the Soul Train Awards, when it’s time for gospel, that’s what we want to hear but a lot of the music sounds like R&B music. So I want to show that although I’m a young pastor, we can still do traditional gospel music. There are people in our community that still love it and we just can’t abandon those people. So I wanted to do something that was hot, gospel, church, but hey then there’s a little variety. There are a couple of worship pieces on there. But still its church, something you could sing on Sunday morning.

Root: Yeah definitely. And that’s what I like about it. We need more of that.

Smith: I’m not saying that something is wrong with the other type; I like all of it. I just love music, jazz, country, praise and  worship. I love all of it. I love Hillsong!

Smith: I really love Casting Crowns too. I love all of it, but we can’t forget about the music that brought us over!

Pick up Pastor E. Dewey Smith & The Hope Mass Choir’s current CD and DVD “Live at the Cathedral” at Amazon, iTunes and in stores!