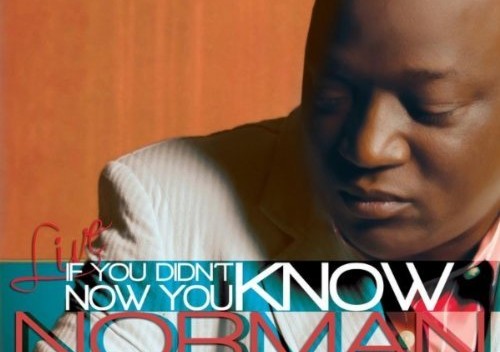 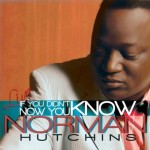 Pastor Norman Hutchins is a father, husband and Pastor and is creator of one of the most popular praise and worship songs over the past five years entitled “A Move of God Is On The Way”. The last few years have been a roller coaster ride for Norman Hutchins as the scripture “I once was blind but now I see” became a reality for the 40 something year old pastor. However, he is indeed an overcomer. Check out our EXCLUSIVE interview with Delaware’s own, Norman Hutchins. If You don’t know, now you know…

Root: You’ve managed to mix traditional gospel with a bit of contemporary and praise and worship. Do you feel pressure to be more contemporary?

Norman Hutchins: My commitment from the beginning of my music ministry has always been not to focus on being traditional or contemporary but to provide quality music that ministers to the body of Christ. My focus has always been church music for Sunday morning worship, for choirs and for praise and worship. The only time I am challenged with that is when we deal with radio stations who are moving more towards inspirational than traditional.

Root: A few years ago you suffered a bout with blindness. How did that come about?

Norman Hutchins: Both of my parents died from diabetes at I was diagnosed with it at 35 years old and I basically ignored it thinking that it would go away, but it didn’t. About four years ago I went to the doctor to get my eyes checked because my vision was getting bad and it was then that I discovered that my retinas were detaching. So I had surgery and when I came out of surgery, I was totally blind…I developed cataract and for six months I was completely blind. Usually once you go blind, as a result of diabetes, it is typically irreversible, but I repented and apologized to God for not taking care of myself. My faithfulness was to preach every Sunday morning at my church for six months and I did that while I was totally blind and after six months the Lord spoke to me as I was preaching a sermon entitled “This is not how my story ends.” The Lord said to me “Because of your faithfulness and the assignment I have on your life, today will be the last day that anyone will lead you down the aisle”. One week from that day, the Lord began to restore my vision and now I can see as clearly as I ever have before.

Root: What is it like to go blind and not know if you would ever see again, to then have a second chance at sight?

Norman Hutchins: One of the things that I share with people is that there are different types of blindness. Initially, I experienced something called “white blindness” and white blindness is similar to flying an airplane into the clouds and all you see is white. After my surgery, however, I experienced “black blindness” and that is when you see total darkness. I asked God if  I was going to be blind, let me at least experience white blindness and not black. The fear, the inflammation, fear of not knowing, hearing and not seeing…if it were not for the season of prayer that my wife and I was in the year prior to my blindness, I don’t think I would have survived.

Root: Your latest CD, “If You Didn’t Know, Now You Know” is a very good album. With the current state of radio, you don’t really get to hear much of your music. Who do you think is to blame for that? Is it retail or radio or both?

Norman Hutchins: That’s a very good question! The bible says: “For as many as are led by the spirit of God they are the sons of God” (Romans 8:14). I believe that with every season of life there is music that becomes the backdrop for where we are in the kingdom of God and somebody has to be sensitive enough to know what God is saying in the melody of a song that ushers in faith, healing and deliverance in this season. “If You Didn’t Know Now You Know” is one of those songs that was birthed in the atmosphere of worship where God was really singing through me to the congregation. 90% of the songs on the album were actually birthed out of worship.