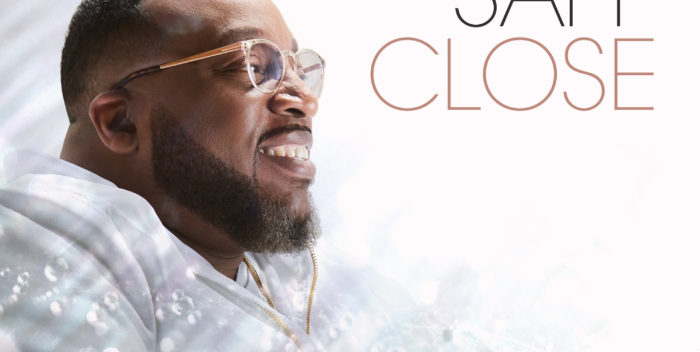 Sapp says: “It is a humbling experience when an album reaches #1. This music, these songs, are birthed out of my life and testimony. They are my lifeline to God. That God would use me to help provide a lifeline to so many others is remarkable. I am grateful to everyone who worked on this album, and to everyone who has purchased it. I hope it blesses you the way it continues to bless me.”

Phil Thornton (Verity SVP & General Manager) says: “We are thrilled to celebrate Marvin Sapp on this latest album reaching #1. Marvin Sapp continues to be a guiding force sharing a timeless message that reaches across generations, with a vital voice and ministry that’s unparalleled. We are thankful to everyone who’ve bought the album and pray it continues to encourage you.”

CLOSE reunites the multiple GRAMMY® nominated, 22-time Stellar Award-winning artist with longtime collaborator Aaron Lindsey. The album also features first-time production collaborations with Rodney Jerkins (“You and Me Together” feat. Erica Campbell and Izze Williams), Kirk Franklin (“Kind God”) and R. Kelly (“Listen”). Other highlights include the majestic opener “Safe in You” and the dynamic testimonial “Carried Me” on which Sapp sings, “My life was in shambles…and He held me.” This song is one of Sapp’s favorite on the album: “When we look back on life’s challenges, the only reason we made it to where we are is because He carried us,” he says.

“In this season, people need to understand that even though we go through situations, it’s not because of God forsaking us, He uses life challenges to ensure we are prepared for what He is about to walk us into. I want to encourage people. You’re closer now than ever before.”

In addition to his new music and traveling on preaching and performance engagements, Bishop Marvin Sapp’s ministry continues to thrive at home in Michigan, where he leads Lighthouse Full Life Center Church, with two locations serving Grand Rapids and Muskegon.  He is also Metropolitan Bishop within the Global United Fellowship where he oversees more than 100 churches in 19 states.